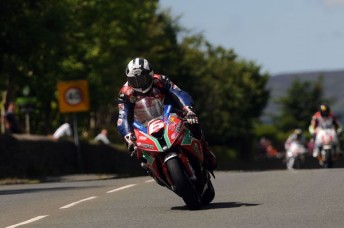 Michael Dunlop took his ninth overall Isle of Man TT victory with a comfortable win in the rain-delayed Superstock race giving BMW its second win in four days, but the event was marred by the second death of the week.

The 34-year-old English rider Karl Harris was killed following an incident at Joey’s corner on the second lap of the race.

A professional motorbike racer, Harris made his TT Races debut in 2012.

“Karl was one of the great characters in the race paddock,” said Gary Thompson, TT Clerk of the Course, ACU Events

“His infectious enthusiasm and sense of humour lit up many race meetings. He was a hugely talented racer and will be sorely missed.”

The Coroner of Inquests has been informed and an investigation into the circumstances of the accident is underway. 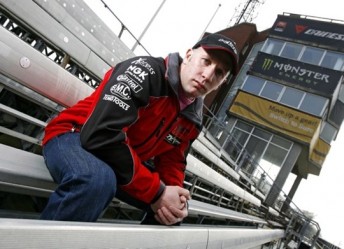 Yesterday Bob Price, 65, from Gloucester was killed during the Supersport 1 Race.

The deaths have taken the gloss of Dunlop’s effort who was under pressure early from Supersport Race 1 winner Gary Johnson who crashed out on the opening lap leaving Dunlop out front for the remainder of the four lap event.

Johnson’s week came to an abrupt end a few hundred metres up from the hairpin at Ramsey. He was reported conscious but with fractures and taken by air to Nobles Hospital.

“Gary has broken his collar bone and is still under going scans but is winding up the nurses so is in good spirits,” said the Smith’s Triumph team via Twitter.

“Gary has also cracked a vertebrae in his neck but generally has escaped very lightly it seems.”

He was joined by Joe Faragher who also sustained injuries in an accident at Joey’s.

Another leading rider who failed to finish was Guy Martin who retired at Parliament Square with technical issues.

It is Dunlop’s third win in the Superstock race and, uniquely, on a third different bike manufacturer while it also extended his lead at the top of the Joey Dunlop Championship table. Harrison equalled his best ever result in second, repeating the runner-up spot in last year’s Lightweight race.

Australian David Johnson was awarded fourth after Conor Cummins was relegated from that position to 18th after a technical infringement on his bike’s suspension.

A busy schedule for the next day of the TT with the all-electric Zero Challenge, Supersport Race 2 and Sidecar Race 2.