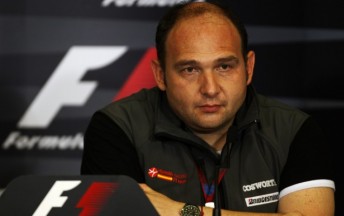 A Romanian Formula 1 effort is set to be given the green light by the FIA for entry into the world championship.

Known as Forza Rossa Racing, the project is being headed by the country’s importer of Ferrari road cars, Ion Bazac.

Bazac is a former health minister and is understood to have government backing for the team, which could be on the grid as soon as next year.

The FIA confirmed that it was “investigating” Forza Rossa’s bid when it granted American Gene Haas an entry in April.

The move to ratify the Romanian tilt is thought to coincide with Haas delaying his plans until 2016.

Despite Bazac’s association with Ferrari, reports have linked the team with a possible Renault power unit supply deal.