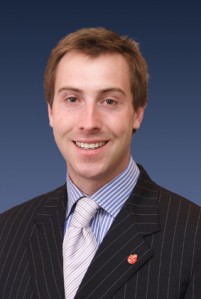 The second year of the growing Asian Le Mans Series is ready to blast off next month.

It offers a mix of classes from LMP2, CN prototype (entry level) and GT categories, following closely on the principles of the World Endurance Championship and the European Le Mans Series.

The Asian Le Mans Series has attracted 16 entries, double the amount received in the first full season in 2013.

Among those is Brisbane’s Liam Talbot who is committed to running a CN prototype which is in the advanced stages of its build process.

Ahead of the first of five rounds – all three-hour shared driver endurance races – at South Korea’s much-applauded Inje circuit on July 20,

SPEEDCAFE: How did you stumble into the job?

CHARLES DAVISON: Lisa Crampton, who is the assistant to the World Endurance Championship race director, reached out to me before the WEC race in Shanghai last year because there were some issues in the inaugural year with the promoter in terms of the nuances in culture, language and modus operandi.

So she reached out to me to act as a conduit to make sure things ran smoothly for them for the 2013 race.

That really started to ram home my passion of motorsport.

Being brought up in the family nucleus that I was it has always been there. It was great to be back in that environment so I enjoyed that a lot.

After that I put myself up in front of people in motorsport in Asia, I was put in touch with Mark Thomas who is the managing director of the Asian Le Mans Series. 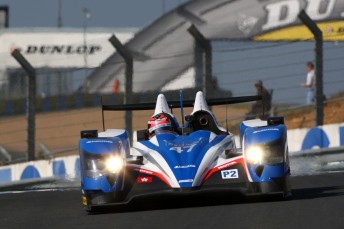 He’s been in China for 20 years and is very familiar on how things are run here.

I had a meeting with Mark in December the day I was flying back to Melbourne which was unrelated to the series. But that sowed the seed for me.

In February I was in Melbourne finishing off my masters of applied finance degree and was going through a lot of decisions of what I wanted to do with my long-term career and I knew that involved Asia.

China is my other passion and my major passion is motorsport.

So I connected with Mark (Thomas) on a Skype call and asked him what opportunities are available at the moment and it happened that my timing was impeccable because the commercial manager was resigning and it went from there.

SPEEDCAFE: In terms of the series which is still in its infancy, how is the competitor and team base shaping up this year?

DAVISON: We are very confident of 16 on the grid which is a 100 percent increase on last year.

The winner of LMP2 and the first and second places of GT receive entries into the Le Mans 24 Hour for the following year.

This year we have Oak Racing which is fielding the first ever Chinese team with drivers David Cheng, Ho-Pin Tung and Adderly Fong who tested at Le Mans last weekend.

That’s really encouraging because we have been able to use the Asian Le Mans Series as a stepping stone up to our bigger brother in Europe. 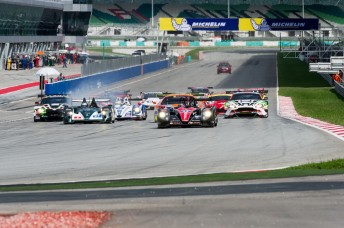 SPEEDCAFE: Do you think there is any scope for expansion into Australia for a round in future?

Davison: Our values of the series are that our growth should be sustainable and organic. So its got to make financial sense to go there.

I don’t think we are at that stage at the moment. We are still at the growth stage.

Predominantly our races are going to be in north and south-east Asia. But that’s not to say at a point of time Australia could not be well and truly considered on the radar.

SPEEDCAFE: From a personal viewpoint where do you think you were heading career wise if this opportunity didn’t come up?

DAVISON: I had four years corporate experience with an American multi-national company in Beijing and that gave me the background in China.

I always wanted to work in China because of the opportunities and the growth here.

At the end of the day you have got to do something that you are passionate about and you’ve got to live your dream.

So doing that work last year ahead of the WEC round at Shanghai really gave me itchy feet to get involved.

Motorsport in the last couple of years has really started to take off here, whereas when I first started working in China in 2008 it was not at the level that it is now.

Outside F1 a lot of that didn’t exist when I was first in China five years ago.

So I was at a stage in my life where I wanted to do motorsport and combine that with my other passion being China.

Now it’s been able to materialise and I feel fortunate to be able to be in that position.

I think I’ve worked for the opportunity because of my Chinese language skills and by having five years of working experience here and plus my motorsport background. I’m ready for it.

SPEEDCAFE: You’ve come on board at a time where the series appears to be just starting to sprout. Would you agree?

DAVISON: Even though we are a developing category at the moment there are some very encouraging signs with our entries and our partners.

A lot of our partners are not only continuing with us but they are increasing their involvement.

As the commercial manager my role is to focus on procuring new relationships and partners while deepening existing relationships.

I think it’s a good place to be to be able to do that.

A lot of sponsorship is contracting around that world but in Asia it’s expanding and motor sport is starting to take off now.

So we are able to start off these opportunities and procure them for these multi-national companies that want to expand their branding and awareness in Asia through a cool platform such as motorsport.