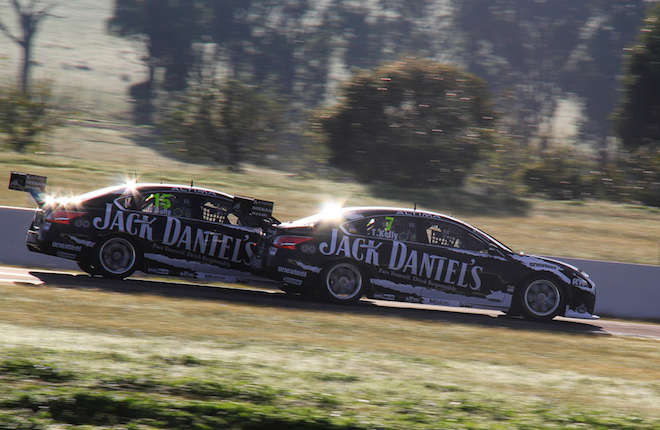 Following rain at the venue on Sunday and predictions of scattered showers for today, a cool but dry track greeted teams for the beginning of testing at 9:00am.

FPR and BJR also have their Dunlop Series entries on track, with the Albury-based outfit expanding to six cars in order to accommodate team owner Brad Jones’ son Macauley.

Fellow Dunlop Series squads Action Racing and Dragon Motor Racing are too cutting laps at the test with their Ford and Holden respectively.

“You really appreciate a test day, and you make sure that you prepare well for it and make good use of it these days, because you don’t have a lot of test days to burn through during the year,” he said.

“We’ve been very lucky today, the weather and the track conditions are almost ideal for Winton.

“I think there was a fair bit of rain here yesterday, but today’s quite good.

“We’re getting through a lot of stuff, we’ve got three of our four endurance co-drivers here today, and they are all getting good miles, and even swapping cars around a little so we can compare notes.

“So hopefully by the end of the day there is a lot of information, and hopefully we can gain a bit of speed out of the cars.”

All five teams have brought endurance co-drivers to the test, with only internationals Alex Buncombe (Nissan) and Oliver Gavin (Walkinshaw) absent.

The three private test days have gained extra importance for the part-timers this year following the scrapping of co-driver practice sessions on Fridays at race meetings.

FPR is giving its four co-drivers – Steve Owen, Paul Morris, Dean Canto and Cameron Waters – the first taste of their endurance rides, while also swapping their full-time pilots around in order to improve the team’s overall performance.

Winterbottom drove Jack Perkins’ car during the morning and stresses the importance of making the most of today’s test in order to stay ahead in the championship battle.

“Every team is going to test in this break and our cars aren’t perfect by any means,” Winterbottom told Speedcafe.com.

“Everyone will boost out of these tests, whether it’s five percent or 10 percent, and we need to find the 10 percent to stay in front of everyone.

“Testing is massively important. You never think you’re ahead in motorsport.”

Lucas Dumbrell Motorsport is the only Victorian-based squad not testing today, with the single-car outfit having undertaken its first Winton hit-out of the season in mid-February. 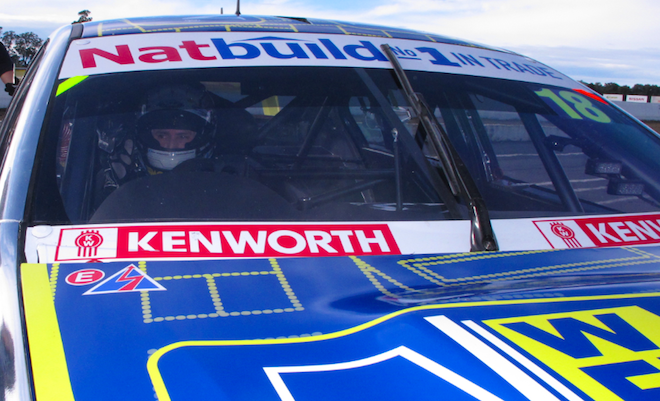 Mark Winterbottom aboard the Jeld-Wen Ford

See below for Speedcafe.com’s video from the Winton test