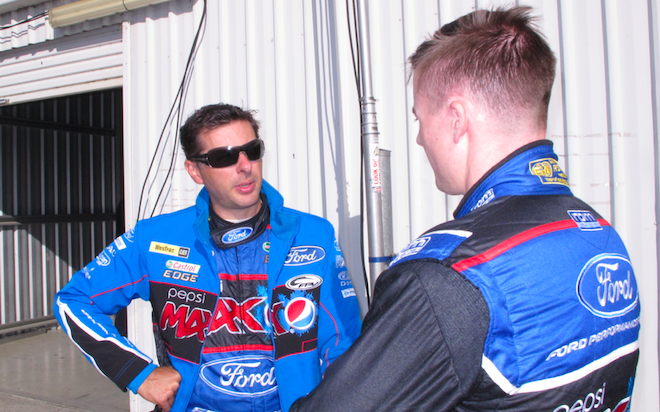 This week is a busy one for the Pirtek Enduro Cup co-driver class of 2014, with many having their first track action of the year aboard the cars they’ll drive in the Sandown, Bathurst and Gold Coast races.

There has have significant moves among the front-runners since last year, with key seats changing hands at Red Bull Racing Australia, Ford Performance Racing and Walkinshaw Racing.

Red Bull’s decision to replace Warren Luff with Steven Richards alongside Craig Lowndes caused a stir when it was announced last December, creating a partnership that boasts a combined eight Bathurst 1000 victories.

The switch from reigning winner Richards away from FPR subsequently saw the factory Ford outfit move Steve Owen across to Mark Winterbottom’s entry, while securing a left-field signing in Paul Morris to join Chaz Mostert.

Walkinshaw in turn picked up Luff to partner Garth Tander, whose previous co-driver Nick Percat is unavailable after picking up a full-time V8 Supercars Championship seat.

Luff’s position with Tander was only secured, however, after previous signing Jonathon Webb was blocked from the seat due to his Tekno Autosports’ outfit’s ties with Triple Eight.

Like Webb, Alex Davison, Alexandre Premat, Tony D’Alberto are also co-drivers this year after losing full-time drives at the end of 2013, forming partnerships with Will Davison, Scott McLaughlin and Tim Slade respectively.

In all, only seven of the 23 pairings currently confirmed for the 2014 Pirtek Enduro Cup carry-over from last year.

Which of the confirmed pairings do you believe is the strongest? VOTE NOW!

Note: Dale Wood’s #21 Brad Jones Racing Holden and Russell Ingall’s #23 Lucas Dumbrell Motorsport Holden are not included in this Pirtek Poll as their respective co-drivers are yet to be confirmed.