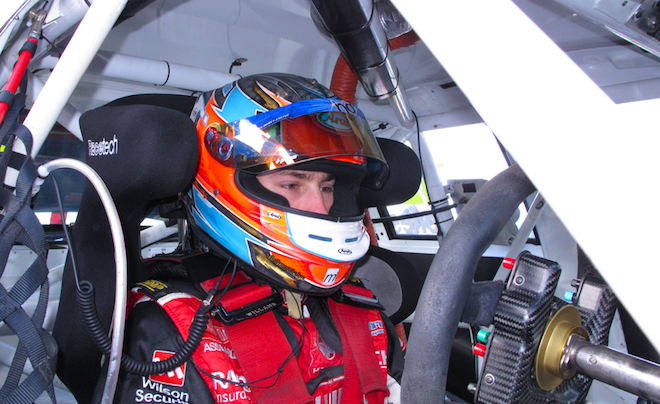 The 19-year-old son of team owner Brad Jones is behind the wheel of BJR’s #12 Holden Commodore at today’s multi-team test at Winton Motor Raceway.

The chassis was last raced at Winton’s 2013 Dunlop Series round by the team’s Pirtek Enduro Cup co-driver Luke Youlden.

Macauley Jones, who works as a mechanic at BJR, has been out of a race seat since competing in the Toyota Racing Series last summer.

He finished 18th in the New Zealand open-wheel championship, scoring a best finish of fourth at the final round.

BJR will run Jones’ car alongside its other two Dunlop Series cars of Andrew Jones and Chris Pither.

Jones again joins Jason Bright for this year’s Pirtek Enduro Cup, while Pither has cut laps in Dale Wood’s #21 Wilson Security Holden today ahead of an expected return to the co-driver role in the team’s third entry.

See below for Speedcafe.com’s video from the Winton test, including an interview with BJR team manager Chris Clark