While its five fellow Victorian-based V8 Supercars teams tested at Winton today, Lucas Dumbrell Motorsport continued efforts to improve its package from within its Melbourne workshop.

The team’s Russell Ingall-driven Holden has shown flashes of strong speed during recent events, qualifying in the top three for two of the three races last time out at Barbagallo.

Although poor tyre life and pitstop issues contributed to Ingall sliding down the order on both occasions, the team has identified a lack of straightline speed as a key weakness.

The squad has been running the #23 Repair Management Australia-backed Holden on a chassis dyno, which are common place among V8 Supercars outfits, in a bid to better understand the problem.

“Perth highlighted some issues with straight-line speed, on occasions we were passed around the outside coming down the hill into the last turn,” explained crew chief Joe Sasso, who joined LDM this season after a stint at Tony D’Alberto Racing.

“Based on that we’re now looking at the driveline losses; going into Darwin where the straight is over one kilometre, any gains made in straight-line speed will not only be highlighted here, but will be beneficial.”

The team is confident that its engine, which is prepared in Queensland alongside those used by Red Bull Racing Australia and Tekno Autosports at KRE, is not part of the problem.

KRE’s engine proved the benchmark during V8 Supercars’ own dyno testing when the new cumulative horsepower ceiling was implemented prior to Symmons Plains in March.

“The KRE Race Engine is the base line engine in the category and we are not suffering from aerodynamic drag with new panels fitted each meeting, so we have to look at other factors,” said Ingall’s race engineer Brendon Hogan.

“It is a process of elimination and with the reduction of practice sessions to only three twenty-minute sessions, it’s vital to test the car now and also eliminate any other hiccups before we get to the track.

“Saying that, Darwin is almost a practice for Bathurst in terms of straight-line speed.”

LDM joins Tekno Autosports and Dick Johnson Racing in electing against undertaking a track test in the break between Perth and Darwin.

LDM was the only team to test privately pre-season, stopping off at Winton on the way back from January 15’s compulsory Sydney Motorsport Park test.

Tekno tested at Queensland Raceway in the lead-up to the Perth 400, while DJR has yet to dip into its bank of three tests this year.

The Ford squad is rebuilding its cars and parts inventory following a bruising opening three months of the season that included David Wall’s major crash at Pukekohe in May. 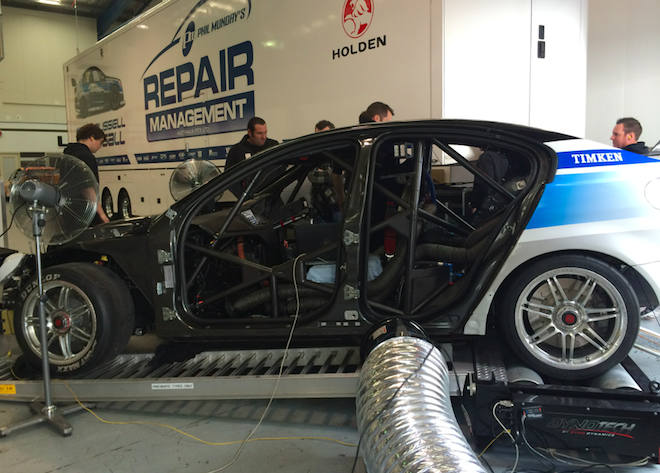