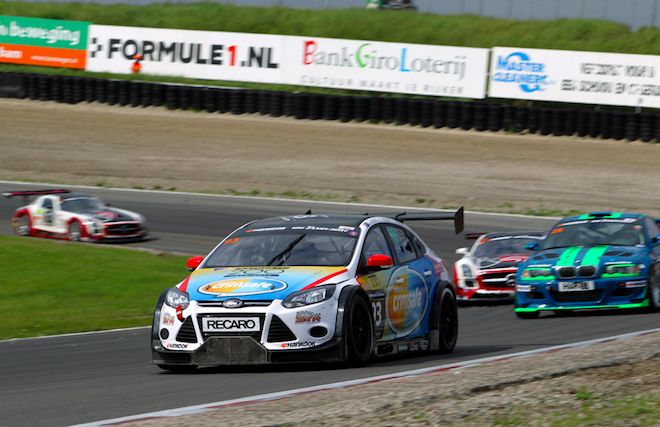 MARC Cars’ Focus V8 assault on the Zandvoort 12 Hour has been hailed a success, with the Australian cars taking a pair of class podiums from their first international appearance.

The Queensland-built entries were led home by the Jake Camilleri/Malcolm Niall/Brett Niall driven #93 Focus, which finished eighth outright and second in the SP2 class.

The Audi was six laps clear of Camilleri’s car at the finish, with the #91 Keith Kassulke/James Kaye/Kim Holmgaard Focus a further six laps adrift in third.

Kassulke’s car had tracked its sister entry for much of the event before losing time while the team replaced a broken gearstick in the closing hours.

The #92 Focus of Mick Benton/Peter Leemhuis/Hadrian Morrall was 21st outright after a collision in the 11th hour.

The inaugural Zandvoort 12 Hour was run in two parts, with the first three hours taking place on Friday and the final nine on Saturday due to noise restrictions at the Dutch venue. 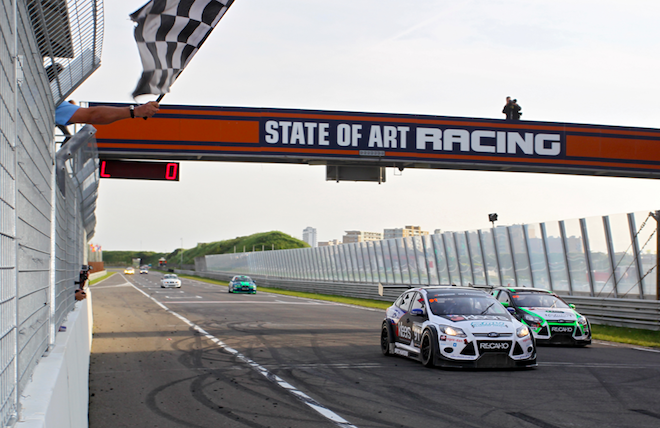 MARC team owner Ryan McLeod told Speedcafe.com that a double-podium was a solid reward for the effort put in by his crew.

“We’re really pleased with how our race went,” he said.

“The cars were well received and they performed strongly throughout the race.

“Having two cars on the class podium was a good reward for all our guys, including the 12-strong crew that are over here from Australia.”

The three Focus V8s will now head to Spa-Francorchamps in Belgium for a double-header meeting that will see the cars race in both the Dutch Supercar Challenge and Britcar races.

As the Dutch (2 x 1 Hour) and British (2 x 2 Hours) classes are run to sprint formats, just four drivers will be utilised at Spa.

Car owners Camilleri, Kassulke and Benton will continue in their respective vehicles, while Kassulke is scheduled to be joined by fellow Australian Peter Leemhuis for the Britcar hit-out.

“We’ll complete minor servicing and some panel damage repairs this week and then roll the cars straight back onto the track at Spa,” said McLeod.

“We have done Britcar before and it’s not too dissimilar from the Creventic races in terms of class structure, so we expect to again be challenging for the top 10 (outright).

“The thing with the cars is that they’re built for 24 hour races, so the shorter formats won’t really allow us to play to our strengths like fuel economy and that sort of thing.

“But we’re looking forward to seeing how the cars go on the circuit. I think the layout will suit them well.”

The cars will also compete in the 24 Hours of Barcelona and 12 Hours of Hungary later this year before heading back to Australia. 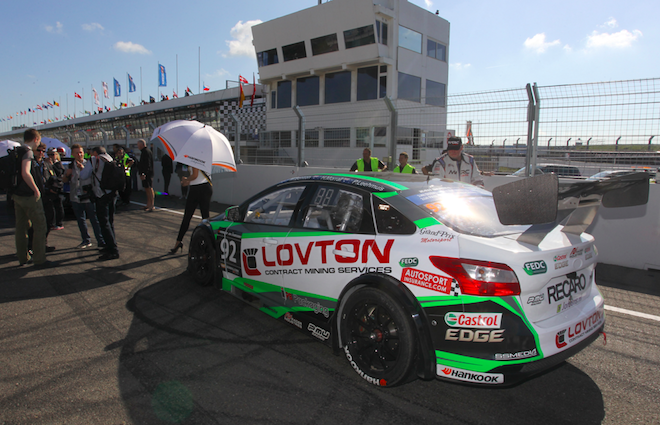 Mick Benton’s entry finished down the order after an incident

See below for vision of the crash between the Ferrari, Renault and Ginetta