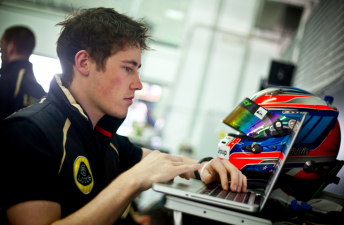 Kiwi single-seater star Richie Stanaway will fill in for injured racer Matthieu Vaxiviere in this weekend’s Formula Renault 3.5 Championship round at Spa.

The GP3 driver has been called up as a last minute replacement for the Lotus (Gravity-Charouz) squad after regular driver Vaxiviere sustained a back injury during last weekend’s race at Monaco.

Stanaway’s unexpected return to the category arrives two years after his single seater career was put on hold when he picked up a back injury of his own while racing for the Lotus team at Spa in 2012.

“I’ve had to wait two years for this but I finally get the second chance I always dreamed of this weekend,” said Stanaway via Facebook.

“If there was ever going to be a lesson to never lose hope or give up this is one of them. Let’s do it.”

The 22-year-old made a full time return to single seater racing this year with Status GP in GP3 after a two-year hiatus in sportscars.

Stanaway is lying second in the GP3 championship standings after finishing third and fourth in the two races at the opening round held at Spain’s Barcelona circuit earlier this month.