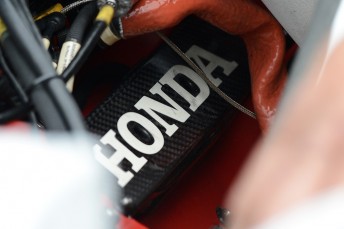 IndyCar Series officials have announced a 60 Engine Manufacturer Championship point penalty to Honda after a host of unapproved engine changes.

Honda claimed its 10th Indianapolis 500 since 2003 through Ryan Hunter-Reay’s victory in the classic 200-lap affair on Sunday.

Six of the wins came when it was IndyCar’s sole engine supplier.

IndyCar also announced that Chevrolet has received a 10-point penalty after the engine was changed in the car of polesitter Ed Carpenter.

The penalties follow the previous race on the Indianapolis road course when Chevrolet was handed a $20,000 fine and stripped of 10 manufacturer points following after allegedly breaching torque and traction control regulations which it said it would appeal.