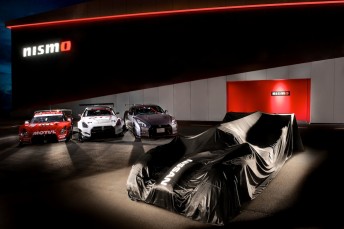 Nissan has confirmed its widely anticipated return to outright contention for the Le Mans 24 Hour race with is motorsport arm NISMO leading the 2015 project.

The Japanese manufacturer announced its plans to take on Audi, Porsche and Toyota in sportscar racing’s LMP1 category in London today.

The project will be Nissan’s first fully backed outright tilt at Le Mans since 1999.

Nissan’s return means that manufacturer participation in prototype racing is returning to levels which saw become a huge attraction for car makers in the 1990’s.

The manufacturer has been working on LMP1 concepts for some time, which was a condition of its Garage 56 (experimental car) electric ZEOD RC racer that will take part in this year’s Le Mans following on from Nissan’s Deltawing experiment in 2012.

In conjunction with NISMO, Nissan will construct an all new LMP1 machine to compete in the 2015 World Endurance Championship and the twice round the clock French classic.

The car will be known as the Nissan GT-R LM NISMO and will be built incorporating expertise from facilities around the world.

The LMP1 project will be an addition to its wide ranging motorsport programs which includes the LMP2 engine program, GT3, V8 Supercars and Super GT.

“You don’t go to Le Mans to just turn up. LMP1 is not just an arms race – all our rivals in the class have taken different technical approaches and we will be doing the same,” said Andy Palmer Nissan’s Chief Planning Office & Executive Vice-President.

“We want to win in a very different way to that of our rivals.

“We won’t be turning up in a vehicle which is a basically another hybrid that looks like another Porsche, Audi or Toyota – they all look the same to me – our intention is to do something that is a little bit different.”

Nissan is yet to confirm its drivers for the the two LMP1 cars it will enter in the WEC and Le Mans next year.

However, it did reveal its pilots will come from both inside and outside the Nissan family.

See below for video feature on the Nissan announcement