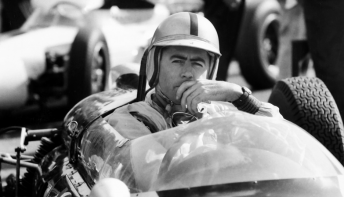 Details of the state funeral for motor racing legend Sir Jack Brabham have been confirmed.

The Queensland government and the family of the triple world F1 champion have announced the special ceremony will be held at 1.30pm on Wednesday, June 11, at the Southport Church of Christ on the Gold Coast.

More procedural details for the state funeral will be firmed up next week by representatives of Protocol Queensland. Lady Brabham has been grateful for the outpouring of sympathy around the world and the thousands of tributes bestowed to the grand prix pioneer who died peacefully at the couple’s Gold Coast home on Monday.

“The tributes have been amazing for him. He would have been so proud,” Lady Brabham told Speedcafe.com

“It’s certainly a special honour for him. All the boys and grandsons will be able to make it for the state funeral.”

It is also expected that a memorial service will be arranged in England, where Sir Jack became not only a fine racing driver but, where he famously built his own cars and pioneered transferring the engine to the rear in the 1950’s.

The motor racing world will be flooded with special salutations this weekend which will see the running of two of the biggest races on the global calendar – the Monaco GP and the Indianapolis 500.

Leading the commemorative gestures is grandson Matthew Brabham who carries a tribute to Sir Jack on his Indy Lights car while James Davison is also paying respect with a tribute on his KV Racing car in Sunday’s Indy 500. Australia’s Red Bull F1 star Daniel Ricciardo has added a tribute on his helmet which he will wear at this weekend’s Monaco GP where Sir Jack won his first F1 race in 1959.