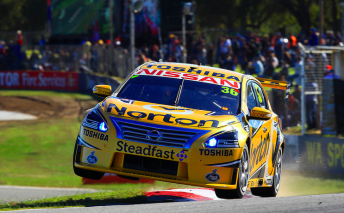 Nissan Australia’s motorsport program will be under the auspices of a new manager next month following the appointment of Mitchell Wiley.

Wiley, the current national retail communications manager at Mitsubishi Australia, will work within Nissan’s marketing department under the title of motorsport activation manager.

The move follows the axing in March of Nissan motorsport manager Jeff Fisher, who had played an instrumental role in devising the firm’s V8 Supercars tilt ahead of the 2013 season.

Emery previously worked with Wiley at Mitsubishi while the former headed up the company’s Ralliart performance and rally programs.

Wiley first joined Mitsubishi in 2006, progressing through a number of advertising and marketing roles.

Nissan is currently in the midst of setting key off-track performance targets for its motorsport marketing efforts.

The company has introduced its PlayStation-based GT Academy competition to Australia this season and also fielded an entry in February’s Bathurst 12 Hour.