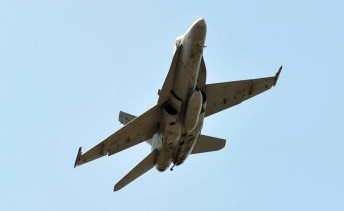 A wide range of off-track entertainment has been added to V8 Supercars events over recent years in a bid to both broaden appeal and add value-for-money.

While the V8 Supercars races remain the central act, post-race concerts have been heavily used in event promotion.

V8 Supercars recently announced that two of Australia’s most popular female artists, Jessica Mauboy and Vanessa Amorosi, will headline the Saturday night entertainment at the Castrol Townsville 500 from July 4-6.

Country singer Keith Urban was the primary concert drawcard for the season-opening Clipsal 500 earlier this year.

The Adelaide event has come to set the standard for off-track entertainment, with its 2014 line-up including the left-field addition of tractor pulling demonstrations.

Other add-on frequently seen at V8 meetings include kids zones, air shows, exotic car cavalcades and car ‘show and shines’ have all been part of race weekends in the past, along with a range of burnout displays, motorcycle stunt exhibitions and more recently BMX demonstrations.

All of these attractions are designed to compliment the V8 Supercars Championship’s traditional undercard of support racing classes.

This week’s Pirtek Poll wants to know: What is your favourite off-track entertainment at V8 events?