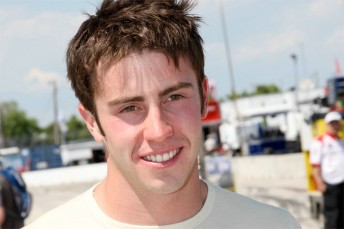 As reported on Tuesday, Davison will join KV regulars Sebastien Bourdais and Sebastian Saavedra, along with fellow Indy-only entrant Townsend Bell, in the expanded squad.

The 27-year-old’s Dallara-Chevrolet will be sponsored by Los Angeles based racecar preparation business Always Evolving Racing.

The company was borne out of the automotive performance firm created by actor Paul Walker and friend Roger Rodas, who were both killed in a road accident last year.

Rodas had backed Davison’s first foray into IndyCars last year, when he raced for Dale Coyne at Mid-Ohio and Sonoma.

Keen for a 33rd car to complete the traditional field size, IndyCar itself also played a role in assisting Davison’s efforts to get the entry off the ground.

“It’s been my childhood dream to race in and win the Indy 500,” said Davison, who this year races full-time in the United SportsCar Series.

“I have had to work very hard and persevere to get here with KV Racing Technology.

“Finally, it’s arrived and I have a fantastic opportunity with the reigning Indianapolis 500 champion team. I feel I have the best of chances to do well.

“I’ve got to thank KV Racing Technology, the guys at Always Evolving Racing and all of my other supporters for making this dream come true.

“I personally chose No. 33 for the car, knowing how important it was for the event to have a full field.

“I thought it was an appropriate salute and something I will always be able to look back at and know why I was No. 33.

“I certainly don’t plan to qualify 33rd or finish 33rd, but it is a nice tribute.”

Davison will get his first taste of the ex-Panther Racing chassis this week, having missed the initial rookie practice.

Budget constraints will see Davison with just one chassis and engine to complete practice, qualifying and the race, while a limited tyre bank will also mean he sits out some sessions.

Regardless, KV general manager Steve Moore is expecting a strong showing from Davison, who raced at the speedway twice in Indy Lights, but has yet to race an IndyCar on an oval.

“KV Racing Technology is proud to add James Davison to our stable of drivers for the Indianapolis 500,” said Moore.

“James has shown his capabilities at each level where he has competed and he will be an excellent complement to the three drivers we already had in place for the 500.

“James is very talented and, with the help of his experienced teammates, we’re confident he will quickly be up to speed for this great race.”