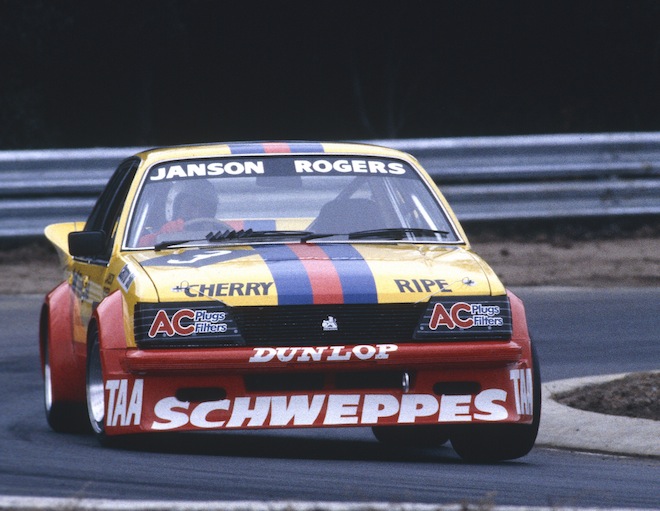 The Janson/Rogers entry competing in the 1984 Sandown 500

Peter Janson was one of the most prominent characters in Australian touring car racing during the Group C era, with a fantastic record in the annual October classic at Bathurst.

After campaigning Toranas during the 1970s, he swapped to Commodores for the 1980s until the end of the Group C regulations in 1984.

The familiar yellow Cadbury-Schweppes cars were co-driven by the likes of Larry Perkins and David ‘Skippy’ Parsons, though by the time saying goodbye to the unique Aussie ‘Group C’ rules came around, both were driving for Peter Brock’s Holden Dealer Team.

While many of the top Commodore teams built up brand new VK model racers for the final few events of 1984, Janson’s team including mechanics Graham Hodgson and Peter Marquis went the other way and built up a brand new VH shell – though still using many of the mechanicals from the previous car – for the endurance races.

Garry Rogers joined Janson in the new #3 Commodore for the Castrol 500 at Sandown on the newly lengthened 3.9-kilometre ‘infield’ layout.

They qualified 12th for the race, which had been extended to 500 kilometres and could no longer, as in previous years, be driven solo.

Rogers started the race, however the Holden had its transmission fail just after Janson had climbed aboard with 46 of 129 laps completed.

At Bathurst the duo qualified 16th but again failed to finish due to fuel system dramas that crippled them and took them out with 109 of 163 laps completed.

And that was that in terms of the car’s Group C touring car racing life – short and brief! 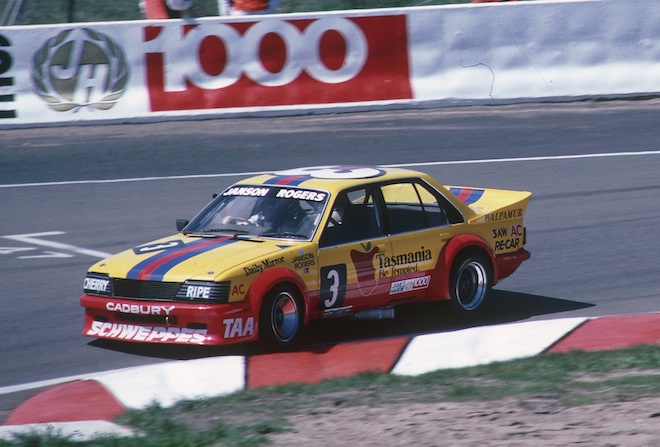 With Group A rules arriving for the 1985 season, some of the Group C Commodores were converted to the new specification while others were sold off and raced as Sports Sedans and the like.

In the case of this car, it was sold to Patrick Wotherspoon who raced it for a time in Sports Sedans in the 1980s.

It was then sold to South Australian Stuart McColl (who later would race in Group A touring cars and the early V8 Supercar era in a VL and then VP Commodore) before being sold to Steve Tate, son of the ex-Holden Dealer Team mechanic Ian who ran Janson’s cars for some time in that era.

“It was complete when I got it in different colours,” says Tate today.

“I stripped it down to a shell and had the car painted by John Van Roosmalen, who restored most of Peter Champion’s Brock cars.” 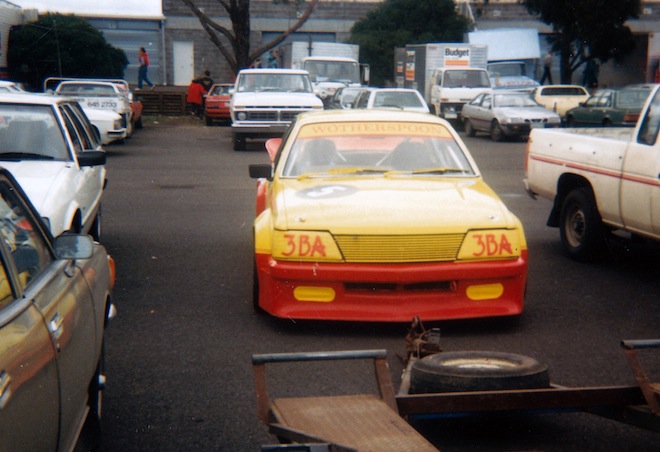 It was sold to Jamie and Glen Simmons of Orange, who put the mechanicals back into it and current owner Milton Seferis purchased it around four years ago.

“I love the character of the car. It’s just a nice, friendly car to drive,” says Seferis of the ex-Janson Commodore.

“I’ve been racing for 20 years and I’ve had the most fun of all in this car. Neill Burns has been a great help and I’ve had a ball in it. It’s pretty much my racing life at the moment!

“Every night I go home and try to find more power!”

Seferis will next have the 1984 Janson/Rogers VH Commodore on track in anger at the Sandown Historics meeting in Melbourne in November.

The event will feature the fifth and final round of the Heritage Touring Cars Championship on November 8/9 later in the season. 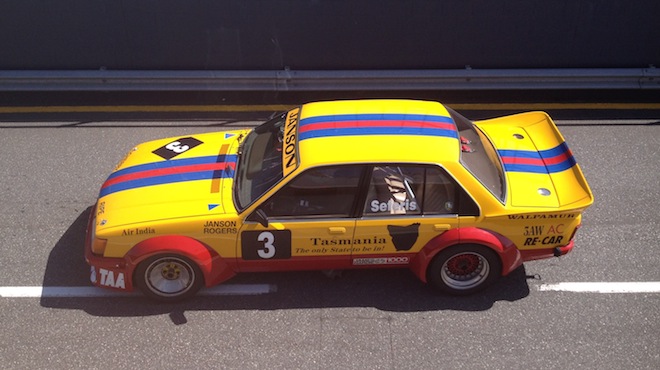 This feature also appears on the Heritage Touring Cars website. Images courtesy of The Coventry Collection and Chevron Publishing