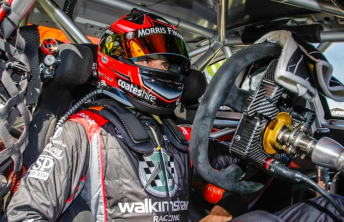 V8 Supercars star Nick Percat will return to the Carrera Cup Australia for the category’s two-driver event at Phillip Island later this month.

The two one-hour races, to be run as part of the Shannons Nationals meeting at the Victorian circuit, follow the Pro-Am format seen at Porsche’s Rennsport event last year.

Percat will team with leading Elite Class contender Shane Smollen and has already tested the 991 Porsche.

“I was pleased to be offered the drive by Shane and am really looking forward to racing the new generation Porsche Carrera Cup car,” said Percat.

“I really enjoyed my time last year in the Porsche Cup and now having driven it, the new model Porsche is very enjoyable to drive but quite different from the old model.

Percat is the second V8 Supercars driver to be confirmed for the May 23-25 Phillip Island event, with Scott McLaughlin set to join Stephen Grove.