Home » News » Supercars » Webb back behind the wheel at Tekno test

Webb back behind the wheel at Tekno test 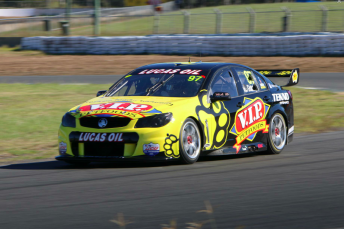 Jonathon Webb is today having his first serious driving hit-out of the year as part of a Tekno Autosports test at Queensland Raceway.

The 30-year-old stepped back from full-time driving this season following four years in the V8 Supercars Championship.

The Tekno team owner will return for the endurance races to partner Shane van Gisbergen, who sits a competitive fifth in the standings following his first points race victory of the year at Pukekohe.

“This is my first real run for the year,” Webb told Speedcafe.com.

“It’s a good chance for me to keep my eye in because I really haven’t driven anything other than a go-kart this year.

“It’s important to keep myself at least half in the loop ready for when Sandown does come.” 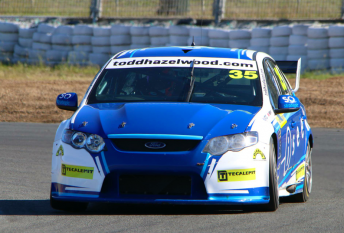 Like all co-drivers, Webb’s enduro preparation is this year without dedicated practice sessions at race meetings following a widespread reduction in track time.

The practice session cuts meanwhile ensure that Tekno’s main focus today is on refining its pre-event set-up preparation ahead of the next event at Barbagallo.

“We’ve just been working on everything as a package,” he said of today’s test plan.

“Last year we started well and finished well but really just lacked some speed in the middle of the season.

“Particularly Puke was a really tough round for us last year, but this year it has been one of our best.

“Really, we’ve just got to head into all the rounds now the way we did at Pukekohe.

“We’ve got to really put a lot of time into making sure we have a good car before we get there, knowing that the practice sessions are so short.

“If we can give him a good car in Practice 1 then there’s a good chance it’ll translate to strong race results over the weekend.”