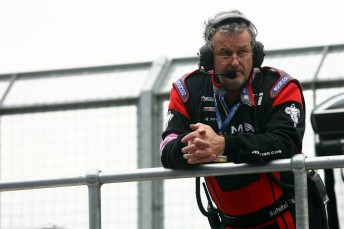 Nigel Stepney has died in a traffic accident in Kent

Former Ferrari F1 engineer Nigel Stepney has been tragically killed in a road accident in England.

Stepney had helped Michael Schumacher to the five world championships he won with Ferrari after snaring his first two with Benetton.

The 56-year-old Stepney became headline news in 2007 during the so-called spygate scandal between Ferrari and McLaren.

Stepney died in an accident in Kent with local police from the Serious Collision Investigation unit investigating the circumstances of the accident.

In 2010 Stepney joined the JRM sportscar team after his long F1 career.

In 2012 he led JRM into the inaugural World Endurance Champion with an LMP1-spec Honda.

He was involved in the continued development of the Nissan GT-R Nismo GT3 car that the Nissan GT Academy team, RJN, drove to the PRO AM driver’s and team’s titles in the Blancpain Endurance Series.

In a statement put out by JRM, the team’s owner James Rumsey said: “From the moment Nigel joined JRM in 2010, he was a vitally important member of the team and brought a level of engineering experience to us that was unrivalled.

“A man that engineered Ayrton Senna at Lotus and helped to guide Michael Schumacher to five Formula One world championships with Ferrari was the perfect candidate to establish JRM as a serious team in circuit-based motorsport and the role that he played in achieving that standard will never be underestimated or forgotten.

“Nigel was an intense and fierce competitor and always strived for excellence in our racing.

“We certainly could not have achieved our level of success without his leadership and experience.

“Away from the track, he was a focused, driven and passionate member of the JRM Group, and a loving father to his family.”