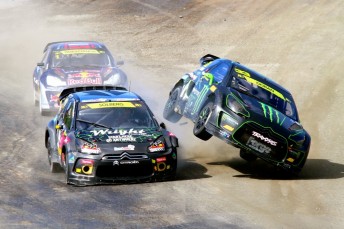 Rallycross realises a new era this weekend with the inaugural round of the FIA World Rallycross Championship held at Portugal’s Pista Internacional de Montalegre circuit.

The discipline has enjoyed a period of rejuvenation recently culminating in the formation of the new 2014 FIA-backed world championship.

Rallycross originated in Great Britain with the first ever event held at Lydden Hill in Kent  in 1967.

The short race format held on circuits consisting a mix of asphalt and gravel sections rose to prominence through the 1970’s and 1980’s as Rallycross became an established form, of motorsport worldwide.

See below for an all-you-need-to-know guide on the FIA World Rallycross Championship.

The FIA World Rallycross will be contested over 12 rounds held on short circuits containing sections of asphalt and loose gravel.

There are four qualifying heats with a maximum of five cars starting abreast in each race over four laps.

The first two heats will be held on Saturday with the final two heats, semi-finals and final held on Sunday.

Starting positions for the first heat is determined by a random draw.

Drivers are ranked in order of points after the four qualifying heats with the top 12 receiving entry to the semi-finals. 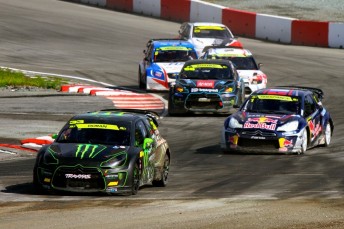 Rallycross is known for its fierce racing

Six cars make up each semi-final arranged in a two-by-two grid formation for a race to be held over six laps.

The winner, second and third placed finishers in each semi-final qualify for the final.

The final is contested by six cars over six laps. The semi-final winner which has accumulated the highest number of points during the event earns pole position.

The same system is used to determine the grid line up with second and third place finishers in semi-finals.

Positions one to six for the event are set by the result of the final. The remaining drivers are classified according to points scored during the event.

In each qualifying heat, semi-final and final, drivers are required to complete a Joker Lap. This means every competitor must drive one lap of the circuit using a longer alternative section of track which adds at least two seconds to the lap time.

Failure to record a Joker Lap is a  30-seconds penalty in the qualifying heats, and by being classified last and loss of points in a semi-final or final. 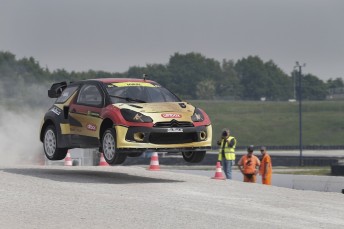 The Citroen DS3 in action

Supercar drivers are only eligible to compete for the World Championship.

The cars are based on production saloons and hatch back fitted with turbo charged two litre engines capable of producing 600 horse power.

A Rallycross Supercar can out accelerate an F1 car to 100km/h in just 1.9 seconds.

Popular cars include the Citroen DS3, Peugeot 208, Volkswagen Polo and the Ford Fiesta.

Drivers score championship points at three stages of the event.

The top 16 drivers after the four qualifying heats score points starting from 16 for the best placed, down to one point for 16th place

The top 12 progress to two six car semi-finals in which points from six for the winner to one for sixth place are awarded.

Scoring for the final are as follows:

Maximum score in an event is 30 points (16+6+8). All points scored in all 12 rounds count for the championship.

The Teams’ Championship will include all points scored by the two team drivers at all events. 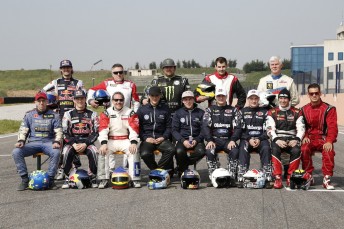 *Stay with speedcafe.com for all the latest news from the opening round