Home » News » Bikes » Bridgestone to withdraw from MotoGP in 2015

Bridgestone to withdraw from MotoGP in 2015 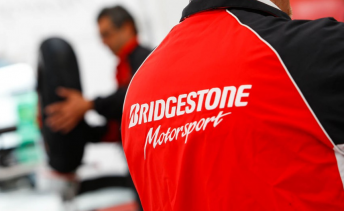 Bridgestone to withdraw from MotoGP at the end of 2015

Dorna and the FIM have opened up the tender process following the sudden withdrawal of MotoGP control tyre supplier Bridgestone.

Applications close on May 22 after Bridgestone confirmed it will end its association after a seven-year run with the top motorcycle class.

In a brief media statement Dorna said: “Dorna Sports SL wishes to thank Bridgestone for the years of great collaboration and success in the championship.”

Bridgestone had entered the MotoGP world championship in 2002, before securing its first race victory at the Brazilian GP in 2004.

The company scored its first MotoGP championship with Casey Stoner (Ducati) in 2007 followed by Valentino Rossi (Yamaha) the following year after which it became the first official tyre supplier to the series.

“The increase in our brand awareness since joining the series has also been an excellent outcome for us, and we are proud that we have been involved in a series that continues to grow in popularity year-on-year,” he said.

“While Bridgestone will withdraw from the MotoGP championship after 2015, we are considering other opportunities to maintain our position of as a key player for motorsports fans all around the world.”

*Stay with Speedcafe.com for coverage of the fourth round of the MotoGP championship from Jerez this weekend