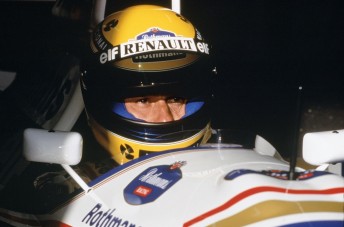 It was the most televised death since the slaying of John F Kennedy.

The scope and horror of the tragedy shook the world when it became known in the hours after Ayrton Senna’s accident, that the Brazilian had not survived his colossal crash.

Such was Senna’s god-like status that many believed him to be invincible, somehow absolved of that most human of traits – death.

For all the things that defined Senna, he was unfortunately not immortal and his violent end was played out in front of a global viewing audience of several hundred million people.

The late F1 doctor Sid Watkins had tried to convince Senna to give driving away and go fishing earlier that weekend.

Senna had been visibly jolted by the accident of Rubens Barrichello in Friday practice and when Roland Ratzenberger was killed instantly in his Simtek Ford.

Somehow Senna had managed to draw on his immense mental reserves and put his Williams Renault FW16 on pole position. It was a car Senna had learned to place little faith in, particularly on the limit.

He had earned pole positions at the season’s two previous races – Brazil and the Pacific GP at Aida, Japan, only to suffer accidents in both races.

At Imola, a track where Senna had won three times previously in F1, he was to suffer his fatal crash after just a handful of laps when the Williams inexplicably speared off the circuit at terminal speed at the Tamburello left-hand bend.

Three years after the motorsport world was plunged into a profound sense of mourning, the grand prix commentator Murray Walker told this writer how he had to deal with the accident on live television.

“At Imola we actually had our BBC feed as well as the host broadcaster RAI,” Walker said in an interview in 1997. 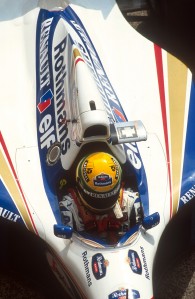 “It was the first time the BBC had its own camera at a foreign grand prix so fortunately, as it turned out, we could use that instead of the host.

“What I was seeing in the booth was the local feed and it was impossibly hard to watch and keep my composure while trying to keep my commentary going for the BBC telecast.

“Thankfully people around the world could not see what I was seeing.

“It was immensely sad. Ayrton and I had become close over the years to the point where we exchanged christmas cards.”

If the rest of the world was shocked to the core by Senna’s death, for the 156 million who populated Brazil in 1994 it was cataclysmic.

The state funeral was broadcast live on Brazilian television with millions cramming every known vantage point for the funeral procession in his home city of Sao Paulo.

Twenty years on, Senna’s popularity is forever strong and he remains the last driver to perish behind the wheel of a grand prix car. 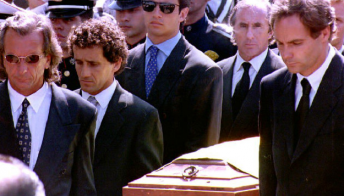