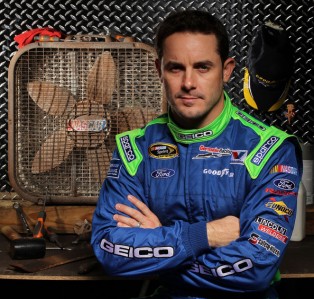 Casey Mears says he will not forget the punch he took from Australian NASCAR racer Marcos Ambrose, hinting there could be further retaliation in the future.

The Germain Racing driver suffered a blow to his right eye from Richard Petty Motorsport’s Ambrose in a post race scuffle after Saturday’s Sprint Cup race at Richmond.

The reason which provoked the former V8 Supercar champion’s actions remain unknown, but the pair had made contact during Saturday’s race on the way to finishing in 18th and 19th positions.

Mears, who took part in NASCAR champion Jimmie Johnson’s 5K charity race on Sunday, has laughed off the incident, but admitted it is something he will find hard to forget.

“He did. That’s one thing I can say, is that out of all the NASCAR fights or punches or when you see people swing, usually it’s a lot of fly swatting. He actually connected, so that was pretty good.

“I don’t think its something you just forget,” Mears said. “Obviously, that’s kind of where it sits.”

The incident is currently being investigated by NASCAR officials with a decision regarding any sanctions to be issued against the pair or the teams involved expected on Tuesday.

Response to the punch up via social media has skyrocketed since the clash, provoking NASCAR legend Dale Earnhardt Jr to say via twitter, “So, I went to Australia once. They don’t take no crap. #Thunderstruck”.