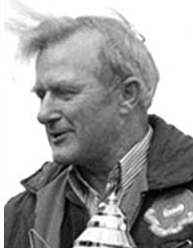 Harry Firth, the brains behind the original Holden Dealer Team, has died aged 96.

Among his long list of achievements, Firth was credited with fashioning the late Peter Brock into a colossal talent early in his career.

Always a shrewd and wily operator, Firth won the Armstrong 500 at Phillip Island in 1961 and 1962 with Bob Jane.

He then claimed the first of what was to become ‘The Great Race’ triumphs when the race was switched from the Victorian track to Bathurst for the first time in 1963 with Jane again sharing the driving.

After the Bathurst success in a Cortina GT, he would then combine with Fred Gibson in a Falcon GT to win what was then known as the Gallaher 500 at Mount Panorama in 1967.

Firth had experienced key successes with the Ford Works team before becoming manager of the Holden Dealer Team when it was established in 1969, a year after he landed the Australian Rally Championship.

It was then he was credited with discovering Brock and the gifted rally driver Colin Bond.

He was inducted beside a galaxy of motor racing stars into the V8 Supercars Hall of Fame in 2007.

The death of the ‘fox’ as he was affectionately called, leaves behind a huge legacy for Australian motor racing.

Speedcafe.com offers its condolences to Firth’s family and friends.