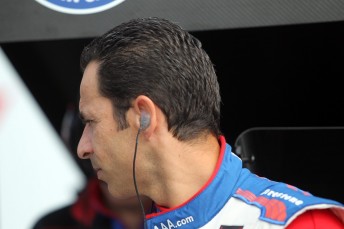 Triple Indy 500 winner Helio Castroneves has been placed on probation over a tweet he sent out following the recent Toyota Grand Prix of Long Beach.

Castroneves was found to be in breach of Rule 9.3.8 which pertains to IndyCar’s social media policy.

The tweet which has subsequently been deleted read: “Indycar officials continuing (sic) not punishing some drivers and giving green flag during an accident.”

Castroneves has been placed on probation until June 30.

It is not the first time the Penske driver has fallen foul of officials over social media activities.

In 2011 Castroneves was handed a $30,000 penalty and placed on probation after strongly criticising chief steward Brian Barnhardt at the Motegi round.

Next Story IndyCar champ Dixon out to shake Barber nemesis