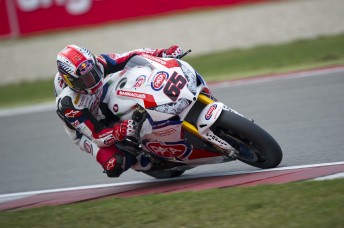 Assen master Jonathan Rea will lead the race to catch points leader Tom Sykes when the World Superbike Championship heads to the iconic Cathedral this weekend.

The Northern Irishman, riding for PATA Honda, has made the famous Dutch circuit his own in recent years, finishing outside the podium places just twice in his last eight Assen starts.

With four race wins at Assen since 2010, Rea is likely to be the biggest threat to the dominant Kawasaki’s of Tom Sykes and Loris Baz that swept to a double double in the last round at Aragon.

After clawing back substantial ground on the class leading Kawasakis last time out, PATA Honda are hoping their home race can further boost Rea’s charge to close the gap in the title race.

Sykes currently leads the championship by four points from team-mate Baz, with Rea in fifth spot just 27 points adrift, after recording his first podium of the season two weeks ago.

“We’ve had a solid start to the season, with top five finishes and a podium at Aragon, so we’ll try to carry that momentum into the Assen weekend,” said Rea

“There’s always a fantastic atmosphere there as it’s the team’s home race .

“I’m really looking forward to riding at Assen this weekend because it’s a circuit that I really enjoy. I’ve spent quite a bit of time there with my team over the years, and done quite a few laps developing the bike, so I hope we can get it dialled in quite quickly this weekend.” 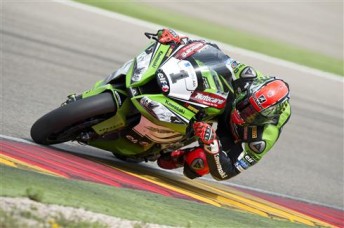 In the past, reigning champion Sykes has struggled at motorcycle racing’s hallowed circuit yielding just one victory from 10 attempts.

However, the Brit is confident his Ninja can continue to deliver the searing pace which helped him record an impressive double victory at Aragon.

“It was a good weekend for us in Aragon. I enjoyed the full weekend and the racing so I am looking forward to Assen,” said Sykes

“Assen is a circuit that is great for racing, great for spectators and I enjoy the layout. The Ninja ZX-10R works well there so I am hoping to have another strong weekend.

“Assen has always been a good track for the British riders but it is not at all like any circuits in the UK. In Britain it is all stop-and-start but in Assen you have got banked corners so it is like riding a roller coaster.

“Last year we became world champions after a slow start but this year we are off to a much better start, which is nice. I am confident and happy in my own capabilities.”

*Stay with Speedcafe.com for all the latest World Superbike news