POLL: Who will be V8SC’s top Kiwi at Pukekohe?

POLL: Who will be V8SC’s top Kiwi at Pukekohe? 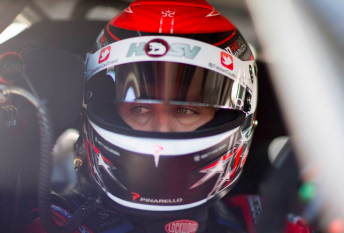 Pukekohe has traditionally been a happy hunting ground for Kiwis in V8 Supercars races.

In the era when V8 Supercars raced at the sweeping Pukekohe circuit from 2001 to 2007, Greg Murphy won an incredible nine of 21 heats.

After an absence of five years, the V8s returned to the south Island circuit last year with Scott McLaughlin famously winning the first of the four-race format in his Garry Rogers Commodore.

Buoyed by a home crowd, McLaughlin swept to victory to establish a category record of becoming the youngest winner of a V8 Supercars/Australian Touring Car Championship race at 19 years of age.

His compatriots, Fabian Coulthard (Brad Jones Racing) and Shane van Gisbergen (Tekno Autosports) have also been putting in some notable performances, most recently the aforementioned driver’s heat win at Winton.

Both van Gisbergen and Coulthard climbed onto the behind behind winner Will Davison in the third race at Pukekohe last year.

With all three Kiwis showing top form this season, the stage is set for a mouth-watering showdown.

Coulthard’s BJR team-mate Jason Bright won an emotion-charged final heat at Pukekohe last year to clasp his hands on the Jason Richards trophy in honour of the late Kiwi who had called BJR home.

Who will win out in the battle of the Kiwis over the four races on the bumper ANZAC day weekend program?

Have your say on our poll below.