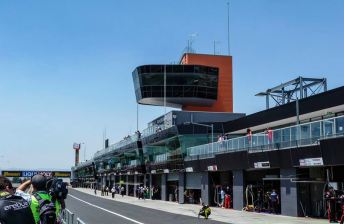 Lap record set to fall again at ‘The Mount ‘

One of the ultimate reference points in Australian motor racing is odds-on to be rewritten at Mount Panorama this weekend.

Providing conditions are favourable, a new lap record around the iconic 6.2km circuit is poised to be set when the Formula 3 Australian Drivers Championship headlines the Bathurst Motor Festival.

For decades drivers have been chasing the lap record around Australia’s holy grail of racing circuits, with the honour currently held by V8 Supercars fastman Shane van Gisbergen, who set a new 2m03.8506s benchmark  at February’s Bathurst 12 Hour.

The previous lap record of 2:04.6187s held by F3 racer Chris Gilmour that was set in 2012 was beaten on several occasions at the Bathurst 12 Hour before van Gisbergen pulled his scorching lap.

F3 Championship leader Simon Hodge is among a group of contenders determined to dice for one of the great bragging rights in domestic motor racing with the South Australian predicting as much as a second could be shaved off the record.

The 20-year-old, competing in his first season in the category, admitted it would be a hugely satisfying moment to nab a new record at what is the cradle of Australian motorsport.

“It is everybody’s dream to get the lap record at Bathurst especially the outright lap record. It’s going to be interesting with the track being resurfaced to see how that changes the times,” Hodge told Speedcafe.com

“Bathurst is one of the best drivers track in the country and I’m in the early stages of my career, so if I could get such a record against my name then it would mean a hell of a lot.

“With the F3 cars and their high level of grip it will be interesting to see what lap times they can produce.

“There is obviously points for fastest lap so if you are sitting by yourself you will be pushing to set the fastest lap.”

“Bathurst being such a high speed track we may not find that much improvement so possibly a mid 2m02s is the time I think we can achieve.”

(An outright lap record must be set in a race or sprint event – notable qualifying / additional records included for reference).