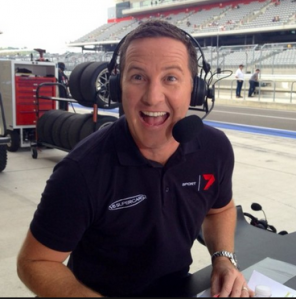 White will return to Channel Ten in July after confirmation surfaced in Sydney media that he has resigned from Seven.

The new deal is sweetly timed to co-incide with Channel 10 winning back the rights to V8 Supercars in a share deal with Fox Sports from next year.

Ten chief executive Hamish McLennan said in a statement: “He is polished, classy, articulate and the ultimate professional in a wide range of roles — from news and public affairs to sport and special events. I am delighted that he has decided to join us.”

White was a key part of Ten’s telecast during its time as broadcaster of the V8s from 1997 until the end of 2006.

Ten is part of the new media rights deal which was belately announced last December with the six-year term claimed to be worth $241million.

White had also done stints in the chair during its 11-year career at Ten as host of the Sports Tonight program and on its Formula One telecasts.