V8 Utes are less than two months away from giving the go ahead to construction of the first prototype that will mark the end of Australian made racing utilities.

Ahead of both Ford and Holden shutting down local production of the uniquely Australian utes, the category is poised to strike a new corporate entity and structure which will allow foreign-built pick-ups to take their place.

Prompting the change is the well publicised announcements that Ford will cease production of the donor Falcon sedan in 2016 while 2017 spells the end of the road for the Holden Commodore.

In line with declining sedan sales, utes business commands only a fraction of that compared to their imported rivals which are classified as cab chassis or pick-ups with the industry’s official statistician, VFACTS. 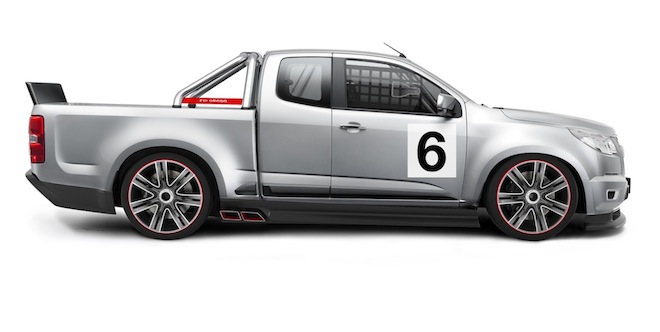 V8 Utes are well advanced on technical specifications for the ‘utes of the future’ which will include the Ford Ranger, Holden Colorado, Nissan Navara and other similar pick-up style workhorse vehicles.

Reacting to market forces, the category which is owned by the 32 shareholders who race in the series, will hold a final meeting in late May before it formally heads off down its future path, coded internally as ‘evolUTEion 2016’.

“If the shareholders all agree to move forward at that point we will push the green light on the build of a prototype,” V8 Utes administrator Craig Denyer said.

Plans are for the final specifications to be met by early next year ahead of the build process for the 32 new-age utes in time for their introduction in 2016.

See below for market trends between imported pick-ups and utes

It is understood that the concept has been endorsed by CAMS and by V8 Supercars for which it aims to remain a key feeder category.

They will run V8 engines sourced from the donor family of where the manufacturer comes from and will be up to 200kg lighter than the current utes.

All engines would be developed and parity-controlled by category control engine supplier Craig Hasted.

“They will run on treaded tyres and the key balance for the category is we don’t lose the entertainment value and every positive element the category has built up in 12 years of competition,” Denyer said.

“We need to make sure they still slide around and look good. It’s an entertainment category before it’s a motor racing category.

“We’ve got to much sure we don’t lose some of that DNA that has made the category so successful.”