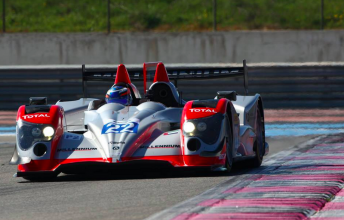 Queenslander John Martin will miss the opening round of the World Endurance Championship after the sudden withdrawal of the Millennium Racing LMP2 team.

Martin was booked to share the #22 ORECA 03 Nissan with Fabien Giroix and Oliver Turvey in the Silverstone 6 Hour this weekend.

The team has cited a sponsorship short-coming as the reason for its shock decision to sit out the season-opener.

It centres on parent company OMD making a commitment to several strategic investments including the long term Millenium Racing program in the WEC at the end of last year.

However budget commitments, which were expected to be met by the end of last month, were not forthcoming.

Millennium Racing team principal Simon Dowson is gutted by the news however is hopeful of making the second WEC round, the Spa 6 Hour from May 2-3.

The casualties before a wheel has turned in anger in the 2014 WEC season have also included Lotus and more recently Strakka which was to have seen Jonny Kane, Danny Watts and Nick Leventis share the #21 DOME S103 Nissan.

*Stay with Speedcafe.com for coverage of Mark Webber’s eagerly awaited Porsche debut in the 919 hybrid at Silverstone this weekend.