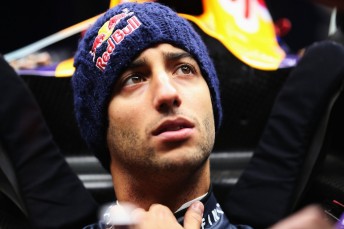 The world governing body of motorsport, the FIA, has dismissed an appeal by Red Bull over the disqualification of Daniel Ricciardo from the Australian Grand Prix last month.

At an assembly of the FIA’s international Court of Appeal presided by chief judge Harry Duijm, Red Bull’s objection to Ricciardo’s banishment from second place was unsuccessful despite the team tabling a strong defence.

“The Court, after having heard the parties and examined their submissions, decided to uphold the Decision #56 of the Stewards by which they decided to exclude Infiniti Red Bull Racing’s car #3 from the results of the 2014 Australian Grand Prix,” the FIA said in a prepared statement.

The disqualification was handed down in the hours after Ricciardo’s second place at his home GP over a fuel flow irregularity with the car exceeding the 100kg/ fuel flow rate.

Immediately after the judgement came through Red Bull Racing issued a statement accepting the finding.

“We are of course disappointed by the outcome and would not have appealed if we didn’t think we had a very strong case,” the team said in a prepared statement.

“We always believed we adhered to the technical regulations throughout the 2014 Australian Grand Prix. We are sorry for Daniel (Ricciardo) that he will not be awarded the 18 points from the event, which we think he deserved.

“We will continue to work very hard to amass as many points as possible for the team, Daniel and Sebastian (Vettel) throughout the season.”

The team had the opportunity to turn down the fuel flow rate on Ricciardo’s car after being instructed by the FIA to do so during the Australian Grand Prix but refused.

Red Bull had argued that the regulations were unclear regarding the FIA sensor and that race director Charlie Whiting’s technical directives do not hold value.

Red Bull remains fourth in the constructor’s standings while Ricciardo is 10th in the driver’s rankings following three rounds.

During the marathon hearing yesterday Red Bull technical boss Adrian Newey admitted that Ricciardo would not have finished second had the team agreed to the FIA’s fuel sensor.

The sensor on Ricciardo’s car used in the race was the one it had run in free practice on Friday which had given indifferent readings.

The team had switched to a new sensor for Saturday however the FIA nor the squad were satisfied hence the decision to return to the Friday electronic device.