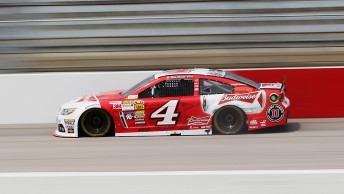 Harvick will start off pole at ‘The Lady in Black’

Kevin Harvick will start on pole for the Bojangles Southern 500 at the legendary Darlington Raceway, while Australia’s Marcos Ambrose will start from the second row.

On a record setting day 25 drivers broke the previous track qualifying record during the first of the three-segment time trials.

Harvick beat Joey Logano and Ambrose team-mate Aric Almirola for the top spot. Almirola’s time in the second segment of 26.705 seconds is now the fastest ever time at ‘The Track Too Tough To Tame’.

In the final segment of knockout qualifying Harvick set the fast time at 26.802 seconds to claim the pole at the 1.366-mile South Carolina track.

It is Harvick’s first pole at the Southern 500 and only his seventh of  his 14-year career. It’s a sign of another fast car for Harvick, who won at Phoenix, but has since finished 36th or worse in four of the last five races. 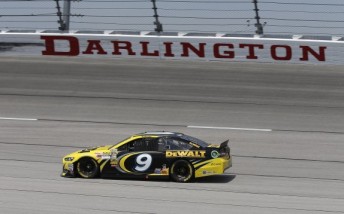 Ambrose will start from the second row

“The team has dealt with a lot of bad luck and they just keep fighting through it and putting fast race cars on the track,” Harvick said.

For Ambrose his fourth fastest time represents an outstanding qualifying run of being inside the top-10 during qualifying at four of the past five race meetings. The Tasmanian is out for redemption after a terrible run at the corresponding race in 2013.

“We will take that. It was a really strong effort for RPM. I was just told it was a record for RPM’s starting positions for both myself and Aric. We are really thrilled with that,” said Ambrose.

The 367 lap race will be run mid-morning Sunday Australian time.

VIDEO: Harvick takes the pole for the Southern 500