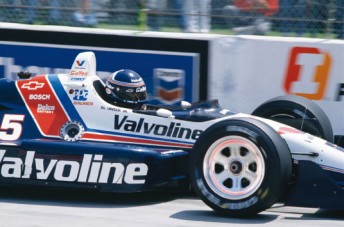 In the final of a five-part series celebrating this year’s 40th running of the Long Beach Grand Prix, we look at the CART/Champ Car/IndyCar years.

Formula 1 may have put Long Beach on the map but IndyCar saw the event blossom into one of America’s showpiece races.

North American drivers have triumphed in 14 of the 28 CART/Champ Car/IndyCar races on the famous Californian streets, but it was the names Andretti and Unser which became synonymous with Long Beach.

Mario Andretti kicked off the new IndyCar era with a dominant victory in 1984, which he repeated the following year, after winning a tactical fuel economy battle to take the chequered flag from Emerson Fittipaldi.

Victory ensured Mario emerged as the undisputed king of Long Beach, but it was his son Michael, who continued the family tradition in 1986.

He held off another rising star in Al Unser jr after a nail-biting final lap duel, resulting in the pair being separated by just 0.38s at the finish. 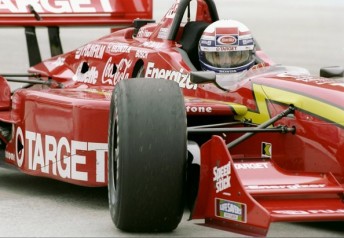 The Andretti dynasty claimed four consecutive wins when Mario triumphed for a fourth time (one in F1, three in IndyCar) in 1987 as he won by a huge margin of a lap and 30s.

However, Mario’s king of Long Beach title soon passed on to Unser jr.

The son of two-time IndyCar champion Al Unser, announced himself on the scene after his thrilling battle with Michael Andretti in 1986.

The drive was a precursor to a period of domination from Unser as he scooped six wins in eight years and has become the most successful driver in the event’s history.

His first came in 1988 beginning a run of four consecutive victories before he drove to back-to-back glory in 1994 and 1995.

Unser jr and Long Beach clicked as ‘Little Al’ often stamped his authority on proceedings from lights to flag.

But his victories were not always greeted with joy, most notably in 1989 when he triumphed after contact with Mario Andretti that took the 1978 F1 champ out of the dice for the lead.

Andretti and Unser jr’s triumphs may have helped attract regular 90,000 crowds on race day, but one of the most popular drives the event witnessed belonged to Italian Alex Zanardi in 1998.

The CART champion, who became the first European to conquer the event in its IndyCar guise in 1997, gave himself a mountain to climb after going a lap down in the early stages.

He qualified only 11th and a multi-car collision left him dead last while he waited for his engine to be refired. 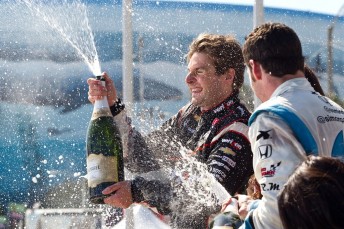 Once he rejoined the race Zanardi produced one of the drives of his career to come back from a lap down to win after a last ditch move on race leader Bryan Herta, with two laps remaining.

While Americans have largely dominated the event, Australia has also left its mark on the event through Toowoomba ace and two-time winner Will Power.

Power, a firm pre-event favourite for this weekend’s 40th edition, etched his name into the history books in 2008.

Only 20 cars took part as a result of a date clash between Champ Car and the rival Indy Racing League while negotiations to merge the two series continued.

Amid the schism in American open wheel racing, Power came through from fourth to take the chequered flag for KV Racing.

He repeated the feat in 2012 but was forced to produce an impressive drive from 12th on the grid after his Penske machine copped a penalty for unapproved engine changes.

A smart two stop strategy gave him the victory after holding off a hard charging Simon Pagenaud.