Ambrose out to tame Darlington 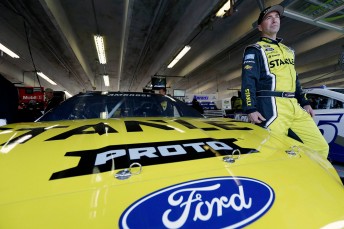 Marcos Ambrose out to tame ‘The Lady in Black’

Marcos Ambrose heads to Darlington with an eye on continuing his solid start to the year and redemption after a poor run at ‘The Track Too Tough to Tame’ last year.

In 2013 the Tasmanian failed to score a top-five finish, while in the first seven races this year Ambrose has earned two top-fives and is in a position to make the “Chase”. The improvement has the Richard Petty Motorsport team looking to avenge a difficult 2013 at Darlington where they finished 34th – nine laps off the winner Matt Kenseth.

Ambrose has five previous Sprint Cup Series starts at ‘The Lady in Black’ and knows how to race up front at NASCAR’s hardest track. He has tallied two top-10 finishes, including a ninth-place finish in 2012. 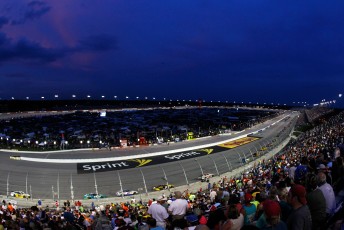 ‘The Track Too Tough To Tame’ at Darlington South Carolina

“We probably left Darlington last year as disappointed as we could be,” said Ambrose.

“We just didn’t know what was wrong with the car and had a terrible night. When you have races like that, you just want to go back and get better.

“Now is our time, and our race team is better than ever and we also have a history of running in the top-10 at Darlington. This weekend is a little about avenging last year’s race.”

One of the oldest races in the sport, Darlington’s Southern 500 is also seen as one of the must-haves by the drivers.

The nickname of ‘The Track Too Tough To Tame’ comes from its unusual shape of one end being wide and open, while the opposite end at Turns 3 and 4  is far tighter. It’s also known as ‘The Lady in Black’ as the car needs race in the middle at one end and ride the wall at the other; get it wrong and drivers brush the wall and earn a ‘Darlington Stripe’.

“Darlington is so different. It’s egg-shaped, and you’re just working on the car the whole race. It’s 500 miles, and that’s a long night at Darlington,” said Ambrose.

“The legends of NASCAR defined this track, this race, and it’s a ‘Crown Jewel’ event. With our improvements, I believe we can avenge last year and compete for a win.”

Sitting 18th in the standings, getting a good result at Darlington will also mean Ambrose goes into the Easter break with momentum before the Sprint Cup next assembles at Richmond.