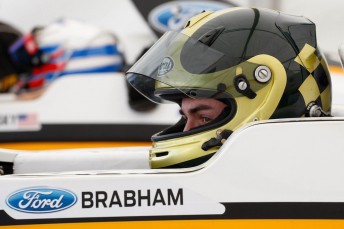 Sam Brabham, the son of accomplished sports car racer and ex Formula One driver David Brabham, is set to test with Carlin’s Formula 3 squad at Donington.

Young Brabham will continue to run in the British Formula Ford championship although the Carlin try-out is seen as a significant toe-in-the-water exercise.

The 19-year-old Brabham is excited about the prospect of turning laps in an F3 machine at the famous Midlands circuit.

The teenager’s career is starting to blossom at a time his cousin, Matthew Brabham, son of the eldest of Sir Jack Brabham’s sons Geoff, has graduated to Indy Lights in the US.