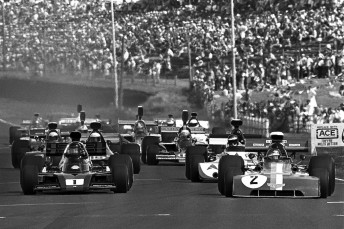 Up to 60 Formula 5000 machines are on the hit list to star at the Gulf Oil New Zealand Festival of Motor Racing at Hampton Downs in January next year.

The festival which is traditionally spread across consecutive weekends, will follow the theme of celebrating the career of Kiwi Formula One driver Howden Ganley.

Ganley drove in F1 at a similar time to Australian Tim Schenken, with the pair joining forces for a period to form the TIGA Racing Car company.

Prior to entering grand prix racing, the Hamilton-born Ganley travelled to the United Kingdom to work for fellow Kiwi Bruce McLaren. 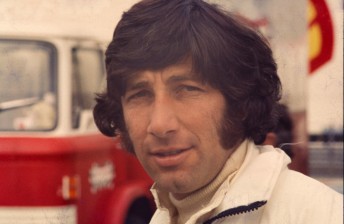 Formula 5000 was New Zealand’s premier motor racing category from 1970 to 1975 and interest in it was revived about 12 years ago.

In their day the machines were more than competitive in lap pace to grand prix cars yet could be built at a fraction of the cost.

The McLaren M10B which Ganley drove to second place in the 1970 European Formula 5000 Championship has been restored and is now owned by a Swiss enthusiast.

Tony Roberts, chairman of the New Zealand F5000 Association and co-founder of the Hampton Downs circuit, said it is hoped Ganley will be reunited with the M10B at the 2015 festival.

In his first year in F1, Ganley was named best newcomer with a top finish of fifth which he repeated in 1972 with BRM when his best finish was fourth.

In 1973 he moved to Frank Williams’ new Iso-Marlboro team but the car was uncompetitive and after a short stay at March in 1974 his career in Formula 1 ended with a serious accident in the Japanese-built Maki in practice for the German Grand Prix.

Ganley will be the focal point of the hugely popular festival meetings which is set to become an F5000 mecca for the double meetings.

“What we’d like to see is the biggest gathering of Formula 5000s ever competing under the banner of the F5000 World Series,” Roberts said.

Close to 200 cars are believed to have been built to contest the various Formula 5000 (Formula A in the United States and Canada) series around the world between 1968 and 1982 and Roberts believes that as many as 60 can be found for the festival.

“There are least 40 here, a similar number in Australia plus at least 20 each in regular use in the UK and the US.

“The regular series guys will obviously be the starting point, but what we would really like is enough cars to create two separate grids (Hampton Downs has a limit of 32 cars per grid), one for those who want to compete for MSC series points, the other for those who just want the opportunity to be part of the meeting and drive the car round the track at their own pace.”

The Festival will begin on January 16-18 and continue the following weekend from January 23-25.

Support classes already confirmed include the Historic Muscle Cars, Historic Formula Ford, Saloons and Formula Junior with several exciting announcements to come during the next few months on support categories for the event.