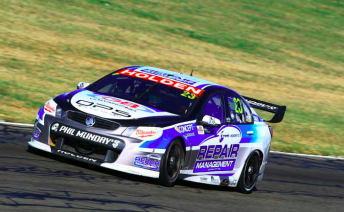 Russell Ingall handed $15,000 for bringing the sport into disrepute

Veteran driver Russell Ingall has been fined $15,000 for his extraordinary outburst against officials in the aftermath of Race 7 at Winton.

Ingall was found to be in breach of the prejudicial conduct rule which includes bringing the sport into disrepute.

After an ongoing investigation today, stewards levied the fine, $10,000 of which is suspended until the end of the year.

Rule 6.5.4 states; a person must not do any act, make any omission or engage in any conduct which includes words which is or may be reasonably (a) seen as being prejudicial to the interests of any Meeting, or (b) likely to bring the sport of motor racing into disrepute.

The investigation concluded in Melbourne tonight by CAMS stewards who also ordered Ingall to submit a written apology to race officials.

The 2005 V8 Supercars champion and two-times Bathurst 1000 winner offered an apology when interviewed on television prior to the start of Race 9 on Sunday.

V8 Supercars chief executive James Warburton said that while it is not the intent of the category to deter comment, he believed Ingall’s comments were unacceptable.

“It is not our intent to suppress comment but encourage it,” Warburton said in a statement.

“There have been many instances of it so far this season when drivers and teams have openly expressed their views to the media.

“In this circumstance, however, the comments were found to have included direct threats towards officials which in any sport is unacceptable.”

Ingall had been in a position to leap onto a historic first podium for Lucas Dumbrell Motorsport before receiving a black flag drive-through penalty for contact with David Wall.

He managed to grind his way back to finish 10th.