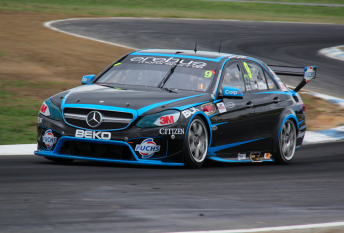 The Mercedes driver put down a 1:22.67s lap after the chequered flag fell to bump last year’s Winton winner James Moffat from the top of the pile.

The result comes just five days after Davison equalled Erebus’ best ever finish of fourth in the final race at Symmons Plains.

Moffat and Dick Johnson Racing’s Scott Pye were the only other two drivers to lap in the 1:22s during Practice 1 amid difficult track conditions.

Spots of rain had begun falling as the session started, ensuring some cars spent their early laps on wets.

Although the weather soon cleared, recent works to repair the surface left a slick track for drivers to deal with. 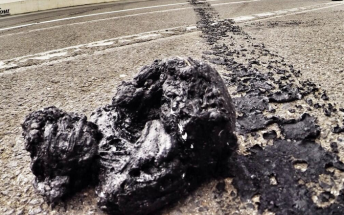 An image of the sealant being collected by the cars, as Tweeted by Rick Kelly

The sealant used had wreaked havoc with earlier support category practice sessions as it peeled off the surface, leaving debris around the circuit.

Lee Holdsworth ended the 20 minutes fifth fastest in the second of the Erebus entries, which are both currently devoid of major sponsorship.

Fabian Coulthard was the fastest of the Holdens in fourth, while Scott McLaughlin made a quiet start to the weekend for Volvo in 16th.

The session featured a red flag stoppage at its halfway mark after brake problems saw Michael Caruso’s Nissan stranded in the Turn 7 gravel.

The #36 Norton entry did not return to the circuit for the remainder of the session.