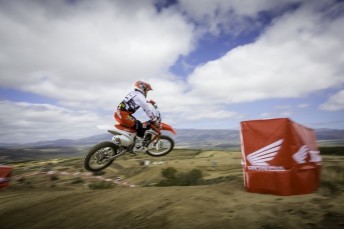 Leading motorcycle brand Honda has jumped on board as a platinum partner with Speedcafe.com

Honda Motorcycles has enjoyed a long history of success with Australians in motorsport, with Mick Doohan winning each of his five 500cc World Championships on Honda machinery.

Honda also played a big role in Daryl Beattie’s early international career, riding for the manufacturer in the 250cc class before moving up to the 500cc world championship in 1992 and 1993, when he recorded his first victory in the top class aboard an NSR 500.

Honda currently has one of the most dynamic programs in Australasian Superbikes with exciting 22 year-old talent Josh Hook and experienced campaigners Jamie Stauffer and Wayne Maxwell at Team Honda Racing.

“As a leading website in the auto industry, it gives us an opportunity to engage with a new audience.”

CLICK HERE to have your say on a range of motorsport topics while putting yourself in the draw to win a trip to the Gold Coast 600 as a guest of Porsche Cars Australia.