Lowndes stays ahead in Practice 2 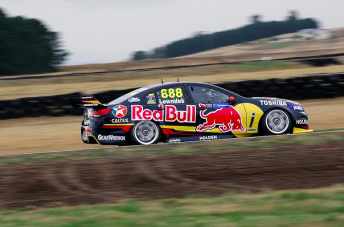 The Red Bull Holden driver moved his 51.64s benchmark from the first session down to 51.31s by the end of the second hit-out.

Lowndes team-mate Jamie Whincup bounced back from this morning’s power steering problems to be fourth quickest.

Following his 21st place performance in Practice 1, McLaughlin spent much of the second session in the bottom half of the order before jumping as high as fourth on his final run.

Robert Dalhgren rounded out the order in the second Volvo, with the Swedish rookie a further 0.3s behind Wall.

The day’s third and final 20 minute session will get underway at 1405 local time.