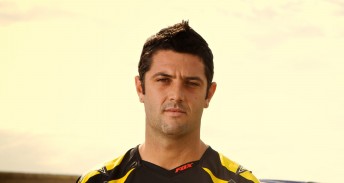 Jay Marmont is hoping a post-season switch from Kawasaki to Yamaha will help him return to victory in the Monster Energy MX Nationals at Broadford, Victoria, this weekend.

A change to the green bike after winning four consecutive Australian MX Nationals Titles with Yamaha did not yield the success for the Wollongong rider Marmont.

However he is confident that heading back to the Craig Dack-led Yamaha squad will see him return to his mantle as Australia’s pre-eminent domestic motocross exponent.

“My preparation has been better than it’s been in the past couple of years,” Marmont said.

“I’m feeling really fit on the bike and I’m liking where I’m at with my team at the moment.

“My expectations for this weekend are to go out there and just see where we are at and hopefully build from there.”

Remaining at Yamaha will be Scotsman, Billy Mackenzie.

He enters Broadford race fit, having just returned from the NZ Motocross Championships, where he finished second overall.

Defending MX1/Pro Open Champ, Matt Moss returns with the Motul Pirelli Suzuki squad, whilst his brother Jake will ensure a healthy manufacturer and family rivalry as he joins the National Pump Kawasaki team.

In all, a healthy field of 27 competitors have nominated for the opening round of the Championship.

In the MX2 division, no less than 46 competitors will be aiming to make the field, whilst in the Pirelli MXD (Under-19s development) an equally stout 47 competitors will line up for the opening race of the season.

Practice and qualifying for the first round begins at 8:30am (local time) on Sunday at Broadford with opening ceremonies and the first of three 20 minute Motos for all three classes beginning at 10am.

The MX Nationals livestream at mysportlive.com.au will capture practice and qualifying with a preview from 8:00am and the final series of Motos from 2:30pm (local time).