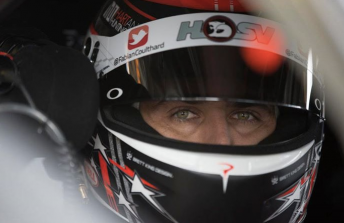 Fabian Coulthard is enjoying the best start to the V8 Supercars Championship in his career.

After moving into the series full-time in 2008, Coulthard has firmly entrenched himself within the Brad Jones Racing team after a period of being a journeyman.

Coulthard is in his third year with BJR, the first he served when he was on loan from Walkinshaw Racing and he remains under contract through to the end of 2015.

He recovered from a horror start to finish a career-best sixth in the Championship last year and has moved into second on the points table behind Red Bull Racing’s Craig Lowndes after the season-opening Clipsal 500.

Speedcafe.com caught up with Coulthard to talk about his title hopes during his third year with BJR.

SPEEDCAFE: What are your thoughts on the new restart rules and the amendments to slash practice times by half?

COULTHARD: I think the safety car change is good. I didn’t think there was too much wrong with it but obviously in the terms of the band being so small for us (10km/h), you only have to breathe on the accelerator and you are doing more than the 10km/h.

So the fact that they have opened the window up it makes it a bit easier for us.

We are concentrating on the A-Z boards and it is easy to breathe on the accelerator and before you know it you are speeding. Lengthening the acceleration zones to co-incide with the speed increase was a must as well.

I’m pretty happy that the decisions which have been made are the right ones and we can get on with the racing now.

SPEEDCAFE: Practice has been slashed so from a driver and team point of view, nonetheless from a co-driver standpoint, that presents a challenge?

COULTHARD: It will be but we are all in the same boat and we are all dealing with the same things. It’s always nice to get more track time but they’ve cut it and that is just the way it is. We all have to get on top of it sooner. 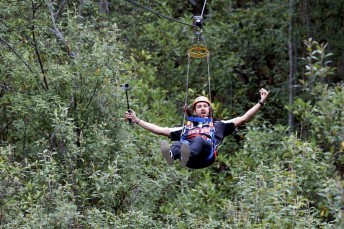 SPEEDCAFE: There was some strong form from BJR last year and obviously you went well at Symmons Plains in 2013, is there a real belief around the workshop that you can pull the championship off this year or indeed bag a Bathurst 1000 win?

COULTHARD: I’m confident that we’ve got a good car. It look like we lost our way in 2013 but we were unfortunate with the way the test days fell with the rain.

So the advantage we had at the start of the year we lost because of not being able to test.

By the end of the year we got a couple of days in and we got back to our form.

So I’m confident that we have good cars. We had good car speed at the grand prix and at Adelaide we had good race pace.

We just need to minimise the bad days and when its not a good day we just have to make sure we can turn it into the best day possible and get as many points as we can on those days. That’s what wins championships.

SPEEDCAFE: It’s really your best start to a championship and your are coming into some tracks which have been kind to you so that must be a nice position to be in?

COULTHARD: It is and obviously the continuity of having the same engineer (Phil Keed) since I’ve been at BJR, all my guys have been the same.

I’ve got Luke Youlden as my co-driver for the enduros again who I have confidence in so we just go about our business each week and try and collect as many points as we can.

We have a strong team and Brighty has been going well also so it’s good to have a fast team-mate where we can bounce ideas off each other. 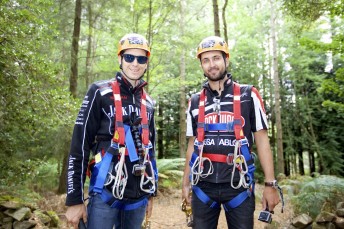 SPEEDCAFE: So this is your third year with BJR what is the situation of where your contract is at right now?

COULTHARD: I’m contracted until the end of next year. So the first year I arrived at BJR I was still contracted to Walkinshaw but I was basically on loan so my three-year contract with BJR did not start until the beginning of last season that’s why my deal goes through to the end of 2015.

SPEEDCAFE: The crashes which hit Jason Bright (Adelaide) and Dale Wood (Melbourne GP), have they had any effect on the preparation of your car at all?

COULTHARD: They haven’t had no. We have a few more development parts which we’ve got in the pipeline which has kind of slowed down the progress of those parts.

I’m pretty excited about getting them and I would have liked to have had them by Tassie but with circumstances that have arisen with Brighty and Dale it has just slowed the process.

They haven’t gone out of their way to interrupt progress, it’s part of racing and those things happen. I feel like those parts are something which I need and we can improve the car once we get them and take the next step.

SPEEDCAFE: Brighty had a sticking throttle last weekend. Was that also a problem which occurred on your Lockwood car as well?

COULTHARD: Yes it did. It happened on the warm up lap to race three in my car. I think we ended up finishing second in that race. The boys did a good job to fix it just before the start of the race. You just had to put it in the back of your mind and get on with the job.

SPEEDCAFE: We see a different Red Bull driver leading the way after one round (Lowndes), are we still going to see that team dominate as much as they have done in the past or has their advantage diminished a bit?

COULTHARD: How can you tell? We’ve had one championship round. It is a bit early to be talking championship as well.

You generally find the big teams are there or thereabouts come the end of the year. You only need to look at where I started last year, I was 23rd leaving Clipsal with pretty much a handful of points and I finished the season sixth overall.

So we’ve got a long year and we will worry about that at the end of it.

COULTHARD: You can’t say anything against it. It has been pretty good hasn’t it?

You only need to look at the results to see they have done a very good job.

There’s another manufacturer there and there’s a whole heap of Volvo supporters who now support V8 Supercars so I think it’s a good thing.

SPEEDCAFE: You’ve just come off some promotional activities in Tassie, doing some hi-jinx adventure stuff at the Hollybank Treetops Adventure experience. V8 Supercars get you drivers to do a lot of this stuff in the lead up to events. Is it something that is a welcome pressure release to the daily grind of racing?

COULTHARD: I went to Tassie with Rick Kelly to promote our next round at Symmons Plains.

You never really know that they put you into or what you are going to do in these situations.

At the race meeting you see the hotel room and the track and then you are on the plane back home.

So it’s nice to be able to see the other side of places like Tassie and talk about the state being an adventure playground.

Rick and I certainly had an awesome time.