Will Power remains fastest on day 2 of Indy test 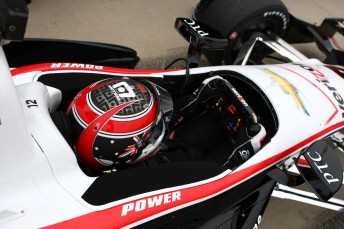 Australian racer Will Power continued to set the benchmark on the second day of pre-season IndyCar testing at the Barber Motorsports Park track in Alabama.

Power shot to the top with a best lap of 1:07.064 in his Penske Chevrolet to pip Dale Coyne incumbent Justin Wilson by .0038s.

Power, who turned 62 laps during the open test, is bracing himself for a tough opening encounter on the streets of St Petersburg on March 30.

“It was so cold today and there was so much grip that I think it was hard to get good reads on changes,” Power told IndyCar.com

“We’ll see where we go and head to St. Pete. It’s going to be really tight.”