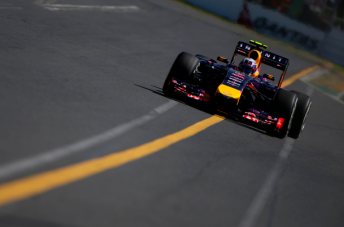 The FIA has provided “positive feedback” to its fuel flow meter supplier Gill Sensors in the wake of Daniel Ricciardo’s controversial disqualification from the Australian Grand Prix.

The second-place finisher was scrubbed out of the results after his Renault engine “consistently” breached the mandated 100kg/h fuel flow during the race.

The exclusion came after a weekend of fuel flow sensor issues on Ricciardo’s car that had seen the device changed three times ahead of the race.

Other teams are said to have also experienced issues but, unlike Red Bull, elected to work within the parameters of the official devices during the race.

Gill Sensors released a statement on Tuesday stressing the FIA’s backing of its product.

“Following the Australian Grand Prix last weekend, the FIA have provided Gill Sensors with positive feedback on the performance of the Fuel Flow Meter, confirming their confidence in the development and stating the meters meet the FIA’s accuracy specification,” read the statement.

“The meter development included an extensive testing programme, which involved liaising with many of the F1 teams for their valuable feedback on meter design and functionality. Meter calibration is handled by the FIA’s third party calibration company.

“The meters utilise ultrasonic technology which was selected for its resilience in extreme operating conditions. The FIA chose Gill Sensors for this complex development because of Gill’s 29 years of proven experience in Ultrasonics.”

Red Bull immediately signified its intention to appeal the disqualification, with a hearing expected to be held in Paris in the coming weeks.