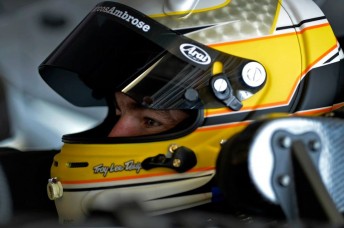 Marcos Ambrose is confident that last weekend’s breakthrough top five finish at Bristol will be the start of a resurgence for Richard Petty Motorsport.

Ambrose had endured a 51-race drought without a top five, stretching back to the Bristol Night Race in August of 2012.

The result moves the former two-time V8 Supercars champion to 15th in the points standings.

“We have a lot of confidence that we can continue this level of performance,” said Ambrose ahead of this weekend’s Auto Club 400 at Fontana.

“California is a tough track, really fast with a lot of grooves, but we’re ready to step it up there and get a good finish.

“We haven’t had the results we have wanted there, but we’ve put in work with these new rules to get better.

“I know the guys will be busy this weekend so we get the best car possible for Sunday.”

Ambrose believes he has a strong chance of making the Chase for the first time this year following off-season changes to the play-off format.

The Chase field has been extended from 12 to 16 drivers.

Each race winner will be granted a spot in the Chase, with the remainder of the field made-up of the highest non-winners in the points standings.

If there are more than 16 winners, the points order will be used as a tie-breaker to decide which winners make the field.

“With this new Chase format, you just don’t know how it’s going to shake out, but if we get ourselves a win, it takes care of a lot,” he said.

“At the same time, we need to put ourselves in the best point position, too, so we can possibly grab a spot that way.

“Right now, we’re really close. There is still a lot of time, and a lot of things can happen, but we’re not in a bad position after Bristol.”

Ambrose took 18th and 26th place finishes in the two races held at Phoenix last year on the way to a lowly 22nd in the points standings.