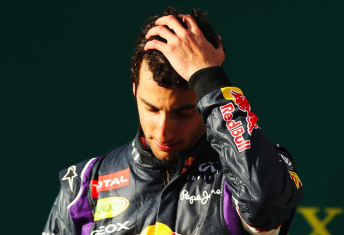 The fate of Daniel Ricciardo’s Albert Park podium is set to remain unclear for some time following Red Bull’s declaration that it will appeal its disqualification.

Ricciardo was sensationally thrown out of the results on Sunday night after FIA Stewards deemed that his car had “consistently” breached the 100kg/h fuel flow limit.

CLICK HERE for more from Horner on the sensors

Red Bull has until Thursday to formally submit its appeal to the FIA, which would then hear the case at its Court of Appeal in Paris, France.

Both parties would need time to prepare their cases before an appeal is heard, ensuring the situation may not be resolved for some weeks.

The outcome of the appeal will set a precedent for teams in any future disagreements over the fuel flow sensors, which are said to have been causing friction since the start of pre-season testing.

Several teams reportedly held concerns over the accuracy of their sensors in Melbourne, although only Red Bull elected to ignore the official readings in favour of its own data.

A dejected Ricciardo expressed his disappointment with the situation in Melbourne on Monday.

“I still feel obviously really good about what I did.

“It doesn’t change much but obviously it’d be nice to get the 18 points.”

Whether Red Bull can present a case strong enough to overturn the ruling remains to be seen.

Formula 1 race director Charlie Whiting had warned teams in the lead-up to the event that there would be “no tolerance” on the tightened fuel regulations for this season.

Australian Paul Stoddart, who brought Mark Webber into Formula 1 during his time as owner of the now Toro Rosso-branded Minardi team, is adamant that the case can be won.

“The idea of putting this regulation in was to stop people from actually using a lot of fuel at a particular moment to gain an advantage,” Stoddart told Melbourne radio station 3AW.

“Daniel did not gain any advantage and that will be proved by Red Bull when they appeal.”

The FIA Stewards stressed in their judgement reasoning that the indiscretion was “outside of the control of the driver”.