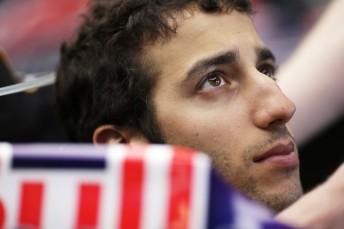 In the context of performance, Australia’s Daniel Ricciardo could not have been more impressive in his debut for the Red Bull team at his home grand prix in Melbourne.

Ricciardo was second, albeit a fair distance from the exhaust of Mercedes star Nico Rosberg, but he handled himself on and off the track with a high level of distinction.

However in the hours after standing on the podium (the first Australian to do so in a home F1 GP with world championship points) it all turned sour for Ricciardo due to a technical fuel flow irregularity which subsequently banished him into disqualification.

Red Bull has indicated that it will appeal the action taken by FIA stewards.

Their actions soured what should have been a sweet celebration for Mark Webber’s replacement alongside the four-times world champion Sebastian Vettel, who had been forced into an early retirement due to an issue with his power unit.

There were clear indications throughout the Australian GP weekend that the balance of power could very well shift within the walls of Red Bull Racing.

That said, Ricciardo’s season will now have to reset to the Malaysian GP in two weeks if his team’s appeal against the disqualification of the #3 car falls on deaf ears.

There are 19 rounds in the F1 world championship this season and while Mercedes clearly has the edge on race pace, the situation between teams remains fluid with a lot to play out in the development of the cutting edge hybrid technology of the new-spec cars.

Red Bull is by no means out of the equation, having improved immeasurably at the Albert Park opener on its bleak pre-season test form.

Have your say on whether Ricciardo can win the F1 title on debut for Red Bull this year in the poll below.