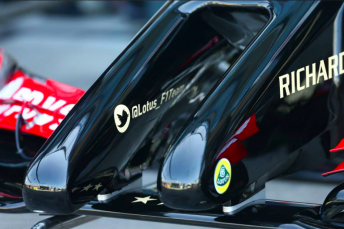 Lotus is expected to use the remainder of the Australian Grand Prix as a glorified test session after a disastrous start to the season.

The team completed just 14 laps in the opening two free practice sessions at Albert Park with driver Pastor Maldonado failing to post a time, as the Enstone squad encountered a series of issues with the new E22.

After missing the opening pre-season test in Jerez, Lotus has been playing catch up to ensure their car is on the pace.

Lead driver Romain Grosjean showed some encouraging signs in free practice 2 before suspension failure fired him into the scenery after recording just 12 laps.

His best time left him in 18th position and four seconds adrift of the pace setting Mercedes duo of Lewis Hamilton and Nico Rosberg.

The Frenchman, who recored six podium finishes for Lotus last season, admitted his team have plenty of work to do.

“I think we need some mileage,” Grosjean told assembled media behind the Lotus garage.

“We have never done more than 10 laps in a row.

“There are a lot of unknowns with the car I’m not confident we can reach the end (Sunday’s race) but I’m hopeful.

“Everything has taken ages to get on top of. Pastor had a problem with the loom and he couldn’t even take part in practice 2.

“Its hard for everyone and especially the mechanics.

“I’m very grateful for everything they are doing but it is a bad cycle as we need mileage to improve the car and when things go wrong they go even more wrong.”

Previous Story No retirement regrets for Webber at Albert Park