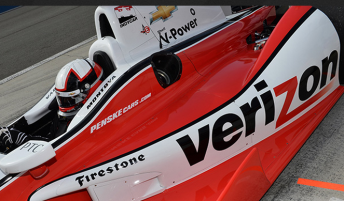 IndyCar has entered into a multi-year agreement with Verizon which will become the naming rights sponsor for the North American-based open-wheel series.

Verizon arrives as major backer, filling the void left after the departure of IZOD at the end of last season.

The championship and Verizon have entered into a multi-dimensional partnership that promises to fuse motor racing, entertainment and technology for the series that starts with the Firestone Grand Prix at St Petersburg on March 30.

Verizon will also continue its sponsorship of the Verizon P1 Award presented to the Verizon IndyCar Series pole winner at each race.

“Verizon is delighted to become the title sponsor of the Verizon IndyCar Series and to bring even more of our innovative technology to the fans, to the teams and to the entire motorsports community,” Dan Mead, president and CEO of Verizon Wireless, said during the media announcement.

“The intersection of racing and technology has never been more relevant, and our expanded partnership with IndyCar provides a unique opportunity to demonstrate that synergy, integrate new services like LTE Multicast and help propel the sport forward.”

The collaboration includes significant network coverage upgrades to the Indianapolis Motor Speedway as part of its Project 100, short and long-term technology enhancements to IndyCar race control, the addition of pit lane monitors and enhancing connectivity for spectators at each domestic race venue.

The deal comes after Verizon has been an official partner of IndyCar over the last four years.

It is also the incumbent major backer for Australian Will Power’s #12 Penske machine.

Verizon will also expand its involvement in the champion Penske team by becoming the main sponsor for the #2 which will be driven by Juan Montoya, as the 1999 CART champion returns to open-wheel after a long absence.